I managed to get a bit of reading done recently. 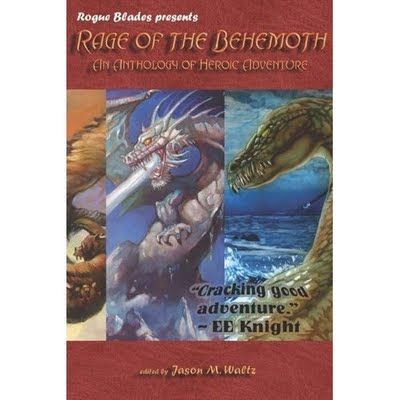 Rage of the Behemoth

Heroic fantasy, geared more toward the sub-genre of sword-&-sorcery, with a theme of giant monsters and those who combat them.

Many people have been saying this, and I’ll say it too – this is a great anthology. If you enjoy heroic fantasy and sword-&-sorcery, Jason M. Waltz has pulled together a wonderful collection here. I won’t bother going into standouts, of which there are many, versus lesser tales. The balance on whole is very strong. If you enjoy Andrew Offutt’s Swords Against Darkness series, then Rage of the Behemoth is right up your alley. 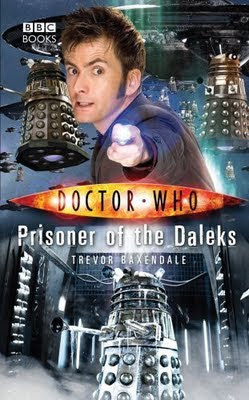 Doctor Who: Prisoner of the Daleks

It had been a long time since I’d read a Doctor Who novel, and this was my first read of the new hardcover tie-ins with the new series. This novel features the Tenth Doctor (David Tennant’s character) and, naturally, his old enemies, the Daleks. Yes, the Daleks were all wiped out, but like any good time-traveling aliens, they keep altering histories allowing the Doctor to stumble into their past. Or something – time travel is fuzzy, as even the Doctor would testify.

This was a fun read, and a fast read that moved along at a quick clip, as with the pacing of the updated series. If you like the series and/or Dalek stories, this one should be added to your library. Nice Dalek scheming, gains and counter-gains, and Dalek dialog rendered in its own Dalek font. All good stuff. 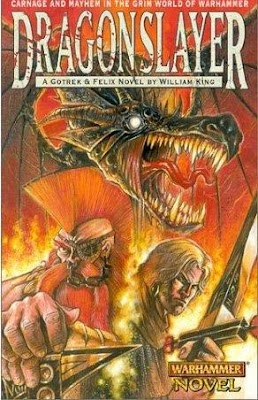 The epic doom of Gotrek, berserker ‘Slayer’ dwarf continues with human Felix Jaeger at his side. This time out, the duo faces a deadly dragon along with a host of other dangers, including orcs and bandits.

This was solid entry for both the Gotrek and Felix series and Warhammer. A tight tale in and of itself, it also opens threads into bigger things in future novels (such as an impending invasion of the hordes of Chaos.) I liked the lighter use of goofy humor in this one compared to some of the previous entries, though it feels like Warhammer dwarf tales should be read while consuming ale to truly appreciate the effect.