A LONELY AND CURIOUS COUNTRY by Ulthar Press

(I imagine) Because they are feverishly attempting to turn around this anthology for NecronomiCON in August, no one has time to update the Ulthar Press web page.

But, yesterday on their Facebook page, they announced their upcoming Lovecraftian anthology, A LONELY AND CURIOUS COUNTRY.

I have a story in the anthology!

As explained on their submission page, the title comes from "The Dunwich Horror";

“When a traveler in north central Massachusetts takes the wrong fork at the junction of Aylesbury pike just beyond Dean's Corners he comes upon a lonely and curious country."

This is a general Lovecraftian anthology as opposed to something specific, like say, an Innsmouth anthology. I look forward to reading all the tales.

I'm very excited to be in some great company in this table-of-contents!


ANNOUNCING the contents for the upcoming Lovecraftian anthology, A LONELY AND CURIOUS COUNTRY:


NECON 35 did not disappoint. This year my goal was to spread out, chat with more people, discuss writing craft along with the random topics that come up in conversation. (Last year I was a transient wallflower.)

The convention opened on Thursday afternoon. Thursday is usually a quiet half day, nothing really official happens except guests arriving and newbie orientation. I was fine with that. It would mean more time for conversation.

Things kicked off with a bang - I received a story acceptance email during dinner. (More on that once the contracts are signed and I'm at liberty to announce.) The food was delicious, too. The Lobster Pot cooks a mean lobster roll.

After dinner everyone gathered at various locales - the lobby, the bar, the new lounge room. The courtyard is the biggest evening destination, with "saugies" roasted, drinks consumed and conversation long into the night.

Last year, the conference center's pool was closed and we thought it was under construction. In fact, it was on its way out. It has been replaced with a large lounge space with plenty of seating. This was a great feature and the room was used for the Friday morning kaffeeklatsches. People used the room all weekend. In fact, it is so large Brian Keene used one area to record interviews for his Horror Show podcasts while other folks were in the room, too. So, be sure to listen to upcoming episodes.

One corner of that room became the morning rendezvous spot for some of us. Friday morning, I was one of the early risers. I looked up the local Dunkin Donuts and made a coffee & munchkin run, because the breakfast didn't start for another 2 hours. Great time just chatting with Charles Rutledge, Brian Keene, Jim Moore and others who came by.

The panels started after lunch and the nice thing about NECON is that they keep things simple and small. There is only one panel track. Nothing gets out of hand with over-scheduling. They were all great panels and worth the time.

I had a great Friday night dinner chatting with Errick Nunnally, Dan Foley and artist guest of honor, Duncan Eagleson.

Friday night there was the NECON toast and update. Funny, funny, funny wonderful time. After that - again to the courtyard for socializing late into the night. If you're not a social creature, NECON will make you one.

I had to leave Saturday afternoon, so I missed the evening roast. Considering just how darn funny the Friday night festivities had been, I can only imagine how hilarious that evening must have been.

I came home with too many books (both in my goodie bag and more that I bought.)

On a personal note that made me smile; ospreys took care of my raptor fix. Two had territorial squabbling over the very top of the nearest cell tower. This happened each morning. I enjoyed watching them for a few minutes each morning until they winged away.

Without actually having "writers' bootcamp" writing sessions or anything like that, somehow NECON still manages to be one hell of a writers' pep rally. I can't imagine anyone heading home not being excited about getting words on paper. I mean, excited and scared of Jim Moore ;) who has certain methods of persuasion.

Though I came home early, I did stay two evenings this time rather than a day trip. I hope to stay the entire length of the convention next year. It is a great, great time.
Posted by Paul R. McNamee at 9:41 AM 2 comments:

Recreating my youth, one digital file at a time

I don't know if I've mentioned it here, but my first superhero comic was an issue of Captain America. I remember it well because we had dropped my father off for a business trip and we bought the comic at the airport newsstand. I read it in the car on the way home - and that is how I became car-sick the first time. 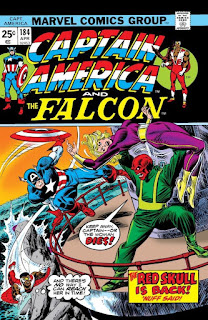 I never got swept up in comics as a kid. I didn't quite get hooked, and my parents didn't exactly encourage nor discourage comics reading. I know my Dad didn't think much of comics.

Flipping through stacks at the comic shop this weekend, I came across a Spider-man (actually, a MARVEL TEAM-UP) that I also owned. So, I bought it. Then I recalled I also had an Iron Man issue. Yes, just three issues. I remember reading the Captain America over & over. I don't remember the other two as well, but they are the same year. I wonder if we had actually bought a 3-pack at the airport. Or maybe I had the Captain America and then shortly after tried a 2-pack. I don't recall.

I let them go many years ago.

Anyway, after that little memory tweak this weekend, I looked up the digital versions and lucky for me, they're all available at Comixology. I already had the Captain America, I grabbed the Marvel Team-up just because, and I added the Iron Man to my digital collection. 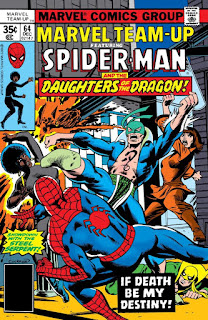 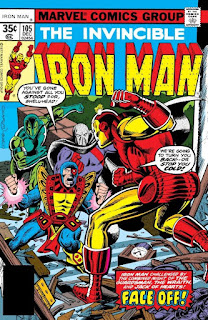 Looking forward to re-reading these two.
Posted by Paul R. McNamee at 9:36 AM 7 comments:

As a public service, I am posting a thread from the REH Forums that contain videos of panels from Howard Days this year.

Great stuff, and I've only watched 2 so far.