You can stop now. Really. I just don't have time to follow two universes with multiple self-contained series. I have other books to read. I have too many of your books on my shelf unread, as it is.

Really. Please stop with the interesting cover blurbs and the eye catching art on the new stuff.

Also, please stop dropping all these damn good-looking omnibuses on me. It's bad enough I'm interested in your new titles. Then you turn around and create opportunities for me to 'catch up' with reasonably priced, three-for-one omnibuses of previous titles which triples my to-be-read pile in an instant.

Then to top it all off, you provide incredible cover art that makes me drool. It is very hard not to buy an omnibus like the Witch Hunter series. I already have the novels, but then you add a bonus story! Please stop.

Now you've gone and done this. And even though I have these novels, well, ... that cover. If there's a bonus story in this one, all is lost. 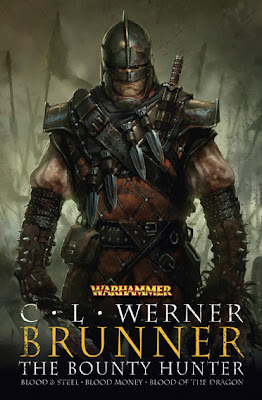 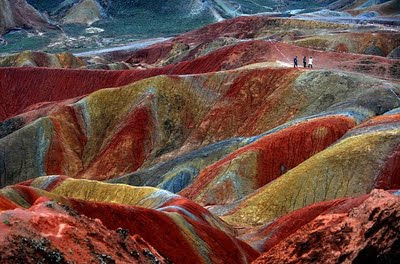 No, it's Earth. China, to be exact. I got this from TIME.com

Out of This World
This unique geological phenomenon, known as a Danxia landform, can be seen in several places in China. This example is located in Zhangye, Gansu Province. The color is a result of millions of years of accumulated red sandstone and other sediments that have dried and oxidized.

A little sword-&-planet inspiration, though, eh? ;)

A smattering of movies, misc

I've managed to squeeze in a few movies over the past weeks.

The Last Legion - sword-n-sorcery crammed into a "fall of Rome" tale with ties to Arthurian legend. Yeah, it not only sounds like a mess, it plays like one, too. Might have been better without the Arthurian shoehorning. At least Aishwarya Rai was easy on the eyes.

Last of the Mississippi Jukes - Documentary on the Subway, one of the last original juke joints in Jackson, MS. Good take for a blues fan. Enjoyable performances, though personally I preferred Alvin Youngblood Hart and Chris Thomas King over the smoother electric stuff that dominates the movie. But that's really just personal taste.

The dilapidated hotel that housed the Subway was ultimately demolished after the movie was released, though. :(

Hellboy II: The Golden Army - enjoyable sequel to Hellboy. If anything, the character of Prince Nuada might be an early run of what Elric of Melnibone could look like in a live action movie.

Finally, the direct-to-DVD feature from DC,Green Lantern: First Flight. Don't cringe when you read "direct-to-DVD". These DC Universe animated movies have been enjoyable to outstanding, and this was a solid entry in the series, and a good Green Lantern tale.

On the reading front, still working Rage of the Behemoth. Also checking out the latest Ray Gun Revival (incredible cover!)

And reading some old Jonah Hex (collected Volume 1) for some quick-n-dirty Western fixes.

Not much to report, but I did finish, rewrote, polished and submitted the sword-n-planet story to the editor. I haven't heard back yet, so I hope he likes it.

On the heels of finishing that, we went into house improvement mode with new carpets (our daughter is crawling and the update was long overdue) and painting to match the new carpets before they arrived, etc. So I haven't done any writing, though I am thinking about my next story (a submission for Rogue Blades Entertainment's Roar of the Crowd anthology, I hope.)

For reading, I'm also behind, working my way through RBE's Rage of the Behemoth. Interesting seeing some of the stories from the slush pile (that I read) making it to the final product.

Weather is cooling off already - we barely had a summer. But that means pumpkin ales can't be far away!