This weekend there is a local pop culture catch-all convention, aptly named the Pop Culture Expo. It's extremely convenient. Only 5.1 miles from my house (according to Google Maps,) and about half the price to get in the door as the big upcoming Boston Comic Con will be this summer. (And that will be in the city proper, which isn't as convenient.)

I went with one goal - to meet and acquire an autographed print from Ken Kelly.

Ken is very amiable and he was a pleasure to meet. Unfortunately for me, he aimed his stock at the KISS fans (I can't blame him, everyone but me seemed to want the KISS stuff!) He was a little thin on his Robert E. Howard related stuff. So, I came out with smaller prints than I wanted, but that's okay. I was able to get 2, and that might even be easier to space out in the home office.

Here's Ken with the Kull print; 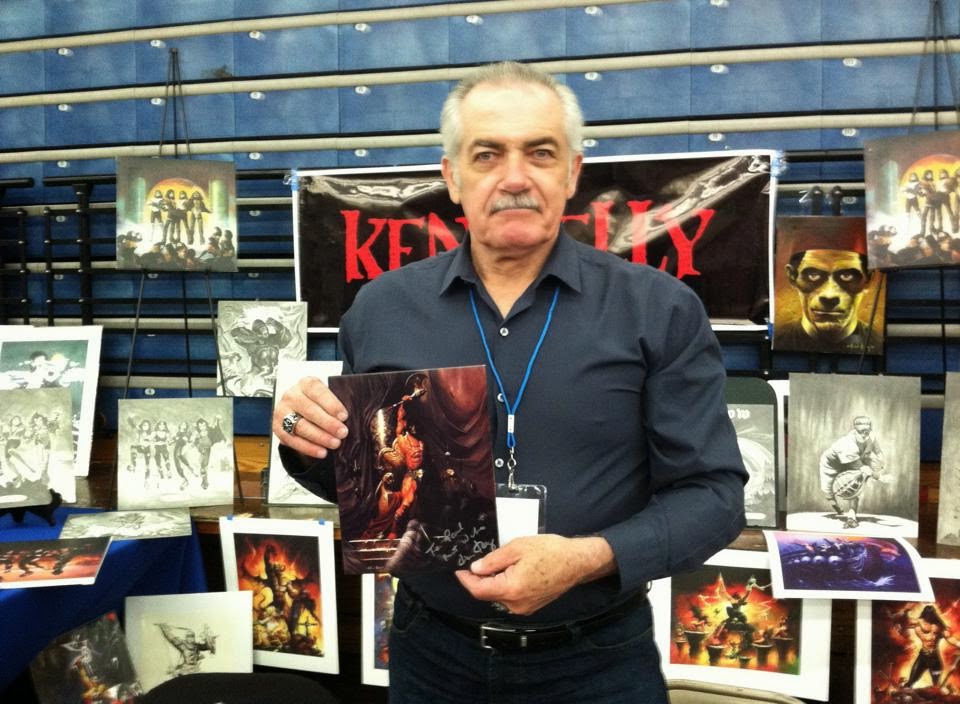 Hmmm. Maybe I should have asked about that Karloff Mummy painting, after all (Yes, that's an original painting, not a print.) Maybe next time.

I won't say I made his day, but I brought up the fact that the Baen book Eons of the Night got me started on sword-&-sorcery. "Marchers of Valhalla." He absolutely beamed with excitement! He reminisced how excited and happy he had been to get the Baen Robert E. Howard Library gig. It was his chance to "do it all again" after the Berkley covers in the 1970s. I think he even favors his work for Baen, because with the Berkleys he was still learning. Those Berkleys do feel heavily influenced by his Uncle Frank. His own style comes through much more distinctly on the Baen covers.

If he comes this close again next year, I might see about contacting him beforehand (if possible) for something specific. But I'm pretty happy with today's take. 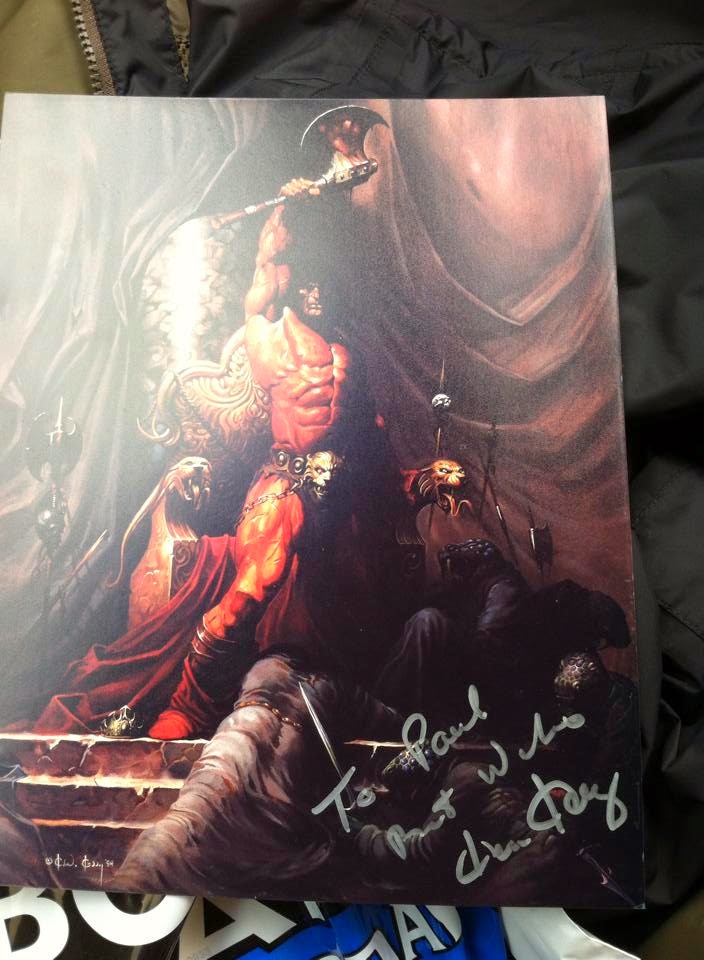 Now, Dynamite has gone back to roots by offering The Six Million Dollar Man - Season Six, which picks up on the original television series where it left off. 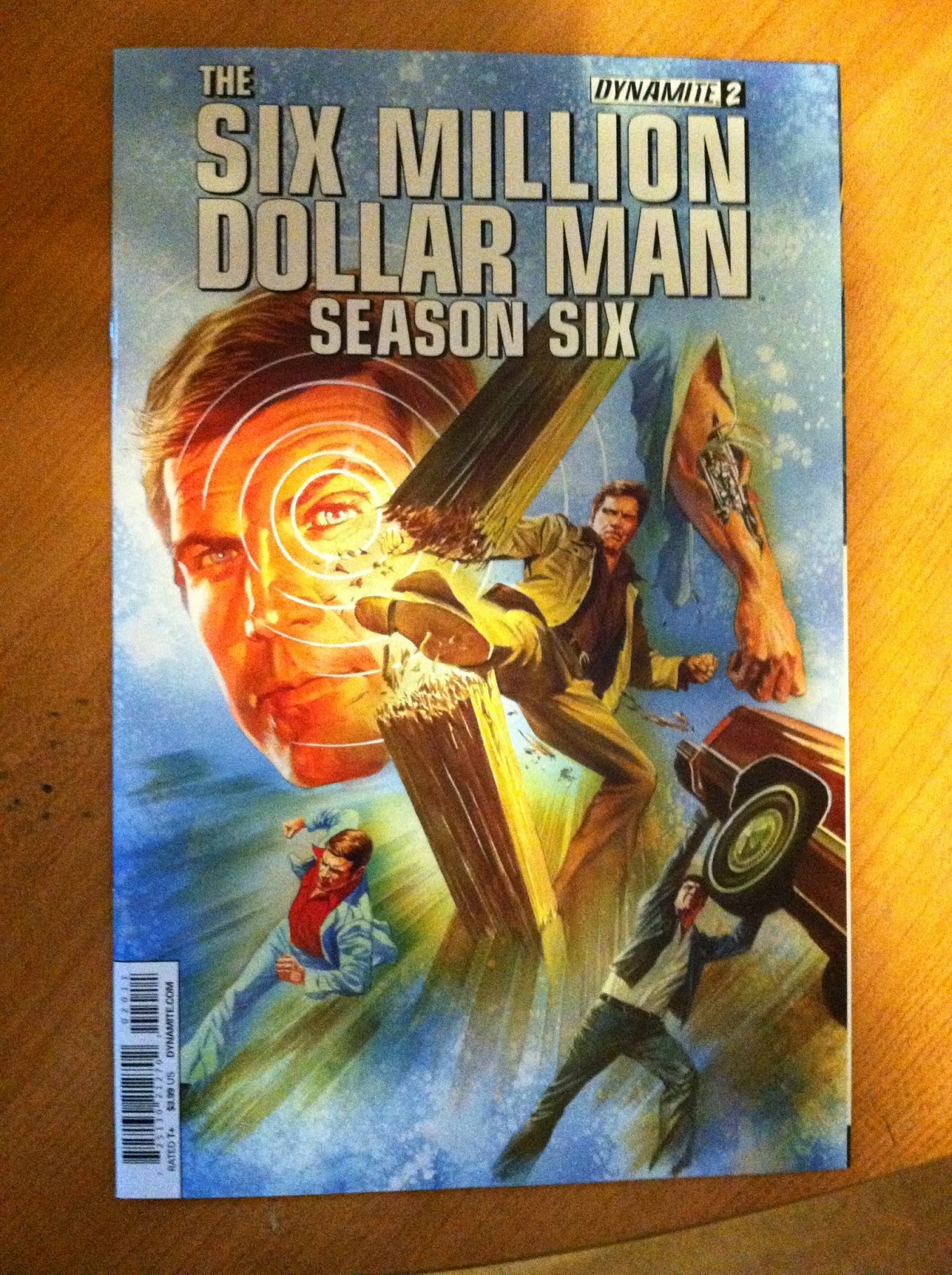 I'm enjoying it, even if it is just the nostalgia talking.

The first issue not only brought back the android (later to be beefed up as the toy, "Maskatron") they also brought back Darren McGavin's character, Oliver Spencer, from the original t.v. pilot movie. He even wears an oversized Kolchak hat.

Spencer was a predecessor to Oscar Goldman, and much more of a callous boss. In fact, he suggested freezing Austin between missions. Hmm... bionic arm. Freezing between missions. Where have I heard that recently?

Issue #2 has an A Christmas Story Easter egg.

Easter Egg spoiler, no plot spoiler, after the jump.

When Subterranean Press announced they were reissuing The Compleat Crow by Brian Lumley, which collects the Titus Crow short stories, I debated whether to acquire the Crow novels as print or ebooks.

I went with the print omnibuses from TOR, because I wasn't sure when or if Subterranean Press would release an ebook.

I was surprised when the ebook of The Compleat Crow was available the same day, at a great price.

In fact, I did not pre-order the hardcover and Amazon was instantly out-of-stock.

So, I went with the ebook, and put in an order anyway, not certain if Amazon would be able to fulfill it. 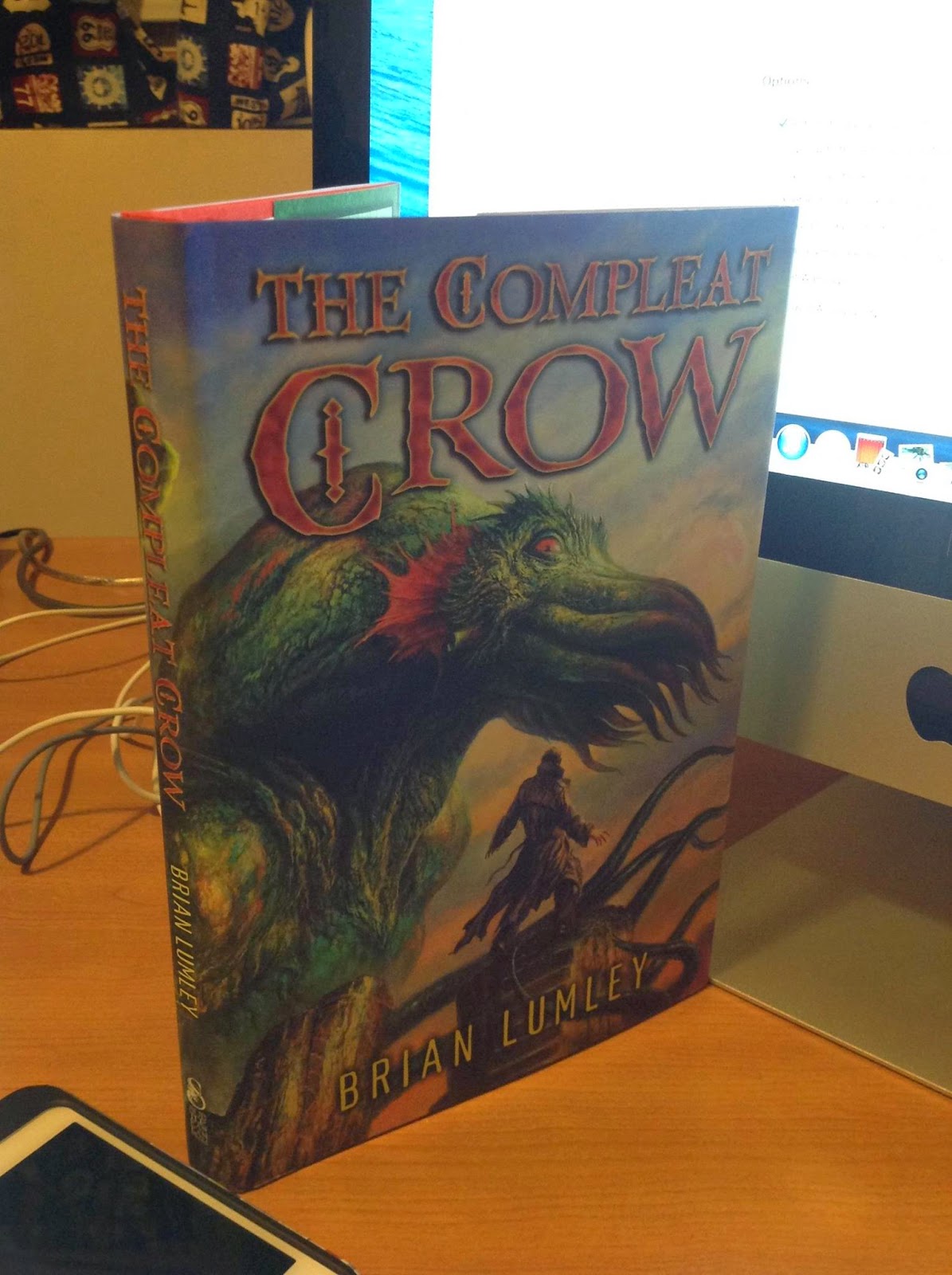 It's a little thinner than I expected, but still very nice.

Now, to get around to reading them all! 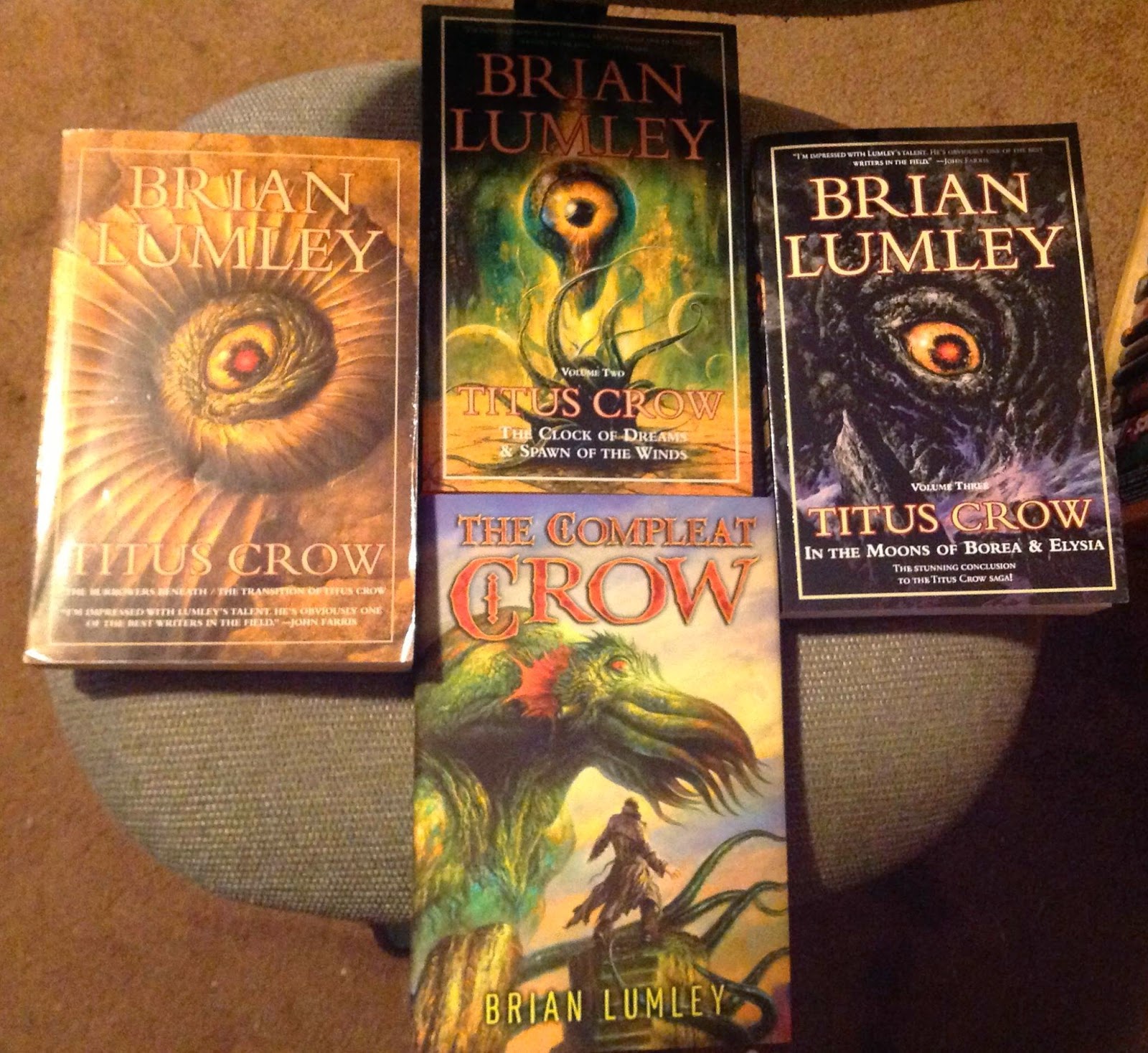