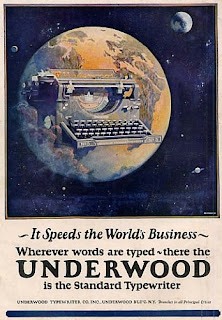 On a Facebook group, someone asked what our writing goals are for 2018. Goals, not resolutions.

So, for the record, and to take a look back later;

I have two unfinished short horror novels. Both are halfway done - if I have my math correct and hit the projected wordcounts.

So, I want those finished next year.

I have a superhero/scifi novel planned. I want that one to reach 100K or more, so I can shop it to the bigger publishers.

Because of the novel(s) focus, I will be minimal on short stories in 2018. Right now, I am only considering a handful for some specific open calls - which are all happening early in 2018 so I need to get them cranked out soon.

And that is all.

Stretch goals would include; a third short horror novel, and/or another 100K project (probably a fantasy/sword-&-sorcery.)

One person posted a wordcount goal instead of specific projects. I thought that was an interesting take. So, I'll add that. I don't think I could put out a million words like James Reasoner. I am going to say the year goal for fiction wordage is 250K. That will cover the two half-finished novels and a 100K novel with some room to spare for the short stories and some of the stretch goals. 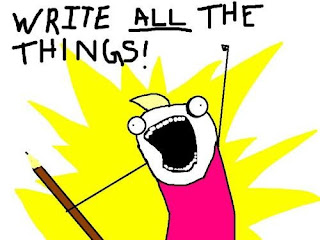 How about you other writers?
Posted by Paul R. McNamee at 12:51 PM 2 comments:

recent read; Forever and a Death 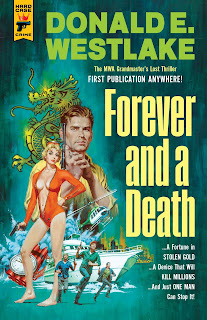 FOREVER AND A DEATH by Donald E. Westlake


The Bond That Never Was

Two decades ago, the producers of the James Bond movies hired legendary crime novelist Donald E. Westlake to come up with a story for the next Bond film. The plot Westlake dreamed up – about a Western businessman seeking revenge after being kicked out of Hong Kong when the island was returned to Chinese rule – had all the elements of a classic Bond adventure, but political concerns kept it from being made. Never one to let a good story go to waste, Westlake wrote an original novel based on the premise instead – a novel he never published while he was alive.

Richard Curtis is a powerful business man who had been run out of Hong Kong after the handover from UK control to China (post 1997.) He wants revenge and he wants his fortune back. He has a plan for destruction and robbery. When Curtis tests his "solitron wave" device on an abandoned isle, members of the environmental group, Planetwatch, get caught up in Curtis's scheme. After Curtis arranges the death of a young woman, Kim, his chief engineer George Manville defects, saves Kim, and maneuvers to block Curtis's plans from reaching fruition. The novel builds steam from there, with a cast of characters, reversals, turns, and intrigue. Like a Bond story, we have exotic settings - Singapore, Hong Kong, South Seas, and Australia.

Certainly, Hard Case Crime have used the Bond angle to promote the novel but Westlake didn't appear to want his novel near pastiche territory. He reused elements (Hong Kong, gold robbery, corporate villain with a destructive machine, etc.) but the characters are nowhere near MI6 or any other fictional spy agency or criminal organizations. Sex is off-screen and nearly non-existent - far more tame than any Bond movie or novel. Perhaps the most jarring element is the ensemble team of good guys trying to stop the bad guy, rather than one person. Manville at first appears to be a Bond analogous in training but he disappears off-page for a large chunk of time later in the novel.

Richard Curtis is the most realized character in the book. Westlake does a good job of creating a villain who just gets more villainous because he digs his holes deeper and deeper. He starts off with bribes and corner cutting, never imagines being a murderer, and by the end, the extinguishing of life no longer bothers his conscience.

The afterword by Jeff Kleeman is worth the price of admission. Kleeman reveals all the details of Westlake's involvement in the unproduced screenplay. He highlights some of the differences and similarities between the novel and the original project, including some cinematic scenes and Bond pun quips that aren't in the book. He also mentions Westlake was on-screen in LIVE AND LET DIE, as a background extra! (I'll need to rewatch the movie.)

While the novel might have been better if it had stuck closer to a Bond pastiche by keeping Manville's through-line consistent, it is still an enjoyable thriller. If you like Bond and adventure fiction, you should give it a read. (4/5 stars)
Posted by Paul R. McNamee at 10:15 AM 2 comments: 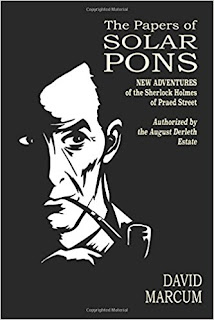 THE PAPERS OF SOLAR PONS by David Marcum

I'll come right out and say I wanted to enjoy this book more than I did but that is not to say it is bad. I brought a lot of expectations to the Kickstarter-funded book. As such, this review is probably longer than it needs to be.

I am new to the Arthur Conan Doyle Holmes original stories and also new to Pons. I was fortunate enough to secure the first Derleth Pinnacle paperback collection, so I had some familiarity with Pons before starting.

Pons has a long history. In a nutshell - August Derleth was a Sherlock Holmes fan. When no more Holmes stories were coming, he created a pastiche character, Pons, who is essentially Holmes. All the bells and whistles of Holmes are in Pons - a London address, a doctor confidant, a untouchable enemy, a gang of helpful street urchins. Later, Basil Copper took over the character. But, Pons has been dormant a long time until now.

THE PAPERS OF SOLAR PONS, authorized by the Derleth estate, are new tales that harken back more to Derleth's style, though Marcum has his own style, certainly.

The book opens with many essays from various writers about Pons and their joy at seeing his return. I did enjoy their excitement.

The stories are all well written and I enjoyed them to an extent. Some went where I wasn't expecting. One story even turned out to be of the "weird menace" category, which was pleasant surprise. Marcum certainly knows the ins-&-outs of Pons canon.

Now, on to some of the negatives.

First, there was constant cross-referencing to other cases - both Holmes's and Pons's. Being new to both canons, I never knew when Marcum was referencing previous tales or creating "lost tales." It's an old tradition to drop hints of cases we've never read but it just felt overboard in this collection.

The final story is a long one. It is a Holmes story, concerning the origins of Solar Pons. It isn't a bad story and it written well enough. But this novelette-length story just didn't jibe with me.

If you know me by now you know I'm a big Robert E. Howard fan. I have mixed feelings on continuations and pastiches, anyway. When it comes to origin stories, I am of the mind, mostly, that any origin story from the original author is fine. But I really have a hard time with origin stories coming from follow-on pastiche writers.

I felt the story - as regards to Pons's origins - was fan fiction and far too obvious. The constant Easter egg cross-referencing of stories also felt like fan fiction - if only because it was done so often. But it is authorized canon, so that's fine.

If I gave it stars - as someone new to Holmes and Pons - I would give it three out of five, I'd say. It's not a bad addition to the canon. But as a starting point for someone new to Pons, I would have preferred something a bit more accessible and in the vein of a restart than something with deep tendrils into the canon world of Pons (and Holmes.) 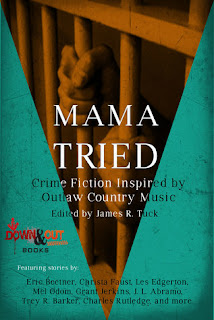 Joe Lansdale prefaced one of his most famous stories with a note that is was "a story that does not flinch."

Although Lansdale is not in this anthology, I think that concept and spirit permeate this anthology. These stories do not flinch. They dig into criminal worlds, telling taut stories that kept me engaged throughout.

For more details, please visit the post at Frontier Partisans.
Posted by Paul R. McNamee at 9:32 AM 3 comments: