The Return of Brak 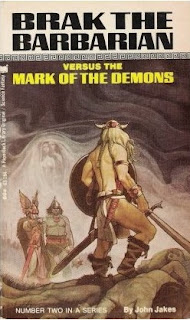 Well, they might not be the best stories in the sword-&-sorcery canon, but John Jakes' Brak the Barbarian saga is back as ebooks. Jason Waltz, of (unfortunately defunct) Rogue Blades Entertainment somehow found this video.

Jakes gives a thumbnail description of how Brak came about, and also mentions that the final Brak tale is outlined and in his office safe.

It took a little link hunting from the video, but I found the two e'collections links on the third page of thumbnails.

Brak the Barbarian/Mark of the Demons

Witch of the Four Winds/When the Idols Walked

Seems that Witch of the Four Winds is Brak vs. The Sorceress renamed.

Both descriptions mention the collections include additional stories.  I don't know which ones and if they cover The Fortunes of Brak or not.  And I don't know whether these complete all the published Brak tales or not.

Also, there is a link to a free Brak estory,

"The Girl in the Gem"

All good stuff.  I'll be taking a look at other authors and ebooks from Open Road Media.
Posted by Paul R. McNamee at 9:27 PM 6 comments: 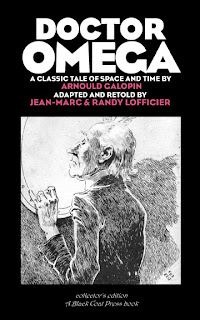 Doctor Omega is a bit of a novelty, especially for Doctor Who fans. A lost French scifi novel from 1906, it has some vague similarities to the later television show. Mostly due to some editions' illustrations that look a lot like the (First) Doctor (William Hartnell.)  The novel has been resurrected by Black Coat Press - a small press devoted to publishing English-language translations of classics of French popular literature, in the science fiction, fantasy and mystery genres.

The story is a fun, light, quick read. Typical turn-of-the-last-century style with a first-person narrative of Mars exploration - various weird flora and fauna along the way, and a few perils and escapes.

This novel was "adapted and retold" which means the translators (who are also Doctor Who fans) took liberties to add additional ties to Doctor Who - making it seem that perhaps Doctor Omega is an alternate or perhaps the Doctor himself in some form of exile. While that is enjoyable, I would still like to read a straight translation (I can't read French) so I could see the original similarities for myself.

I did enjoy it, and look forward to Doctor Omega and the Shadowmen - a modern anthology of Doctor Omega tales, also from Black Coat Press. 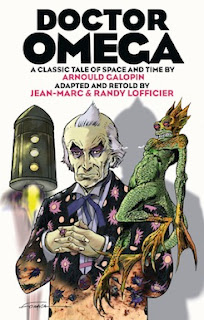 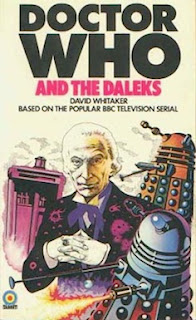 Nothing major to write about, this time around.  Looking forward to the 4th of July holiday and long weekend coming.  Those who know me on Facebook know my wife just went through a hysterectomy - so most of my time right now is wrangling our two toddlers even more than usual (even with other helping hands on-board at our house.)

I did make a big splash at a comic store sale last week.  I also finished reading an interesting, if quirky, lost French scifi novel, which I'll be posting about on my next reading wrap-up.

For a little bit I am going to stay off novels, finish reading the Paizo collection, Who Fears the Devil? by Manly Wade Wellman and alternate those stories with a stockpile of comics I have built-up.
Posted by Paul R. McNamee at 9:05 PM 2 comments: