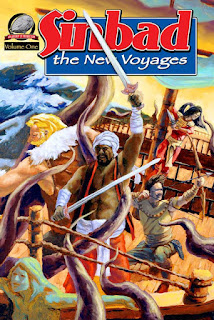 I enjoyed these stories, and I'll be getting to the other volumes in the near future.
Posted by Paul R. McNamee at 11:30 AM No comments: 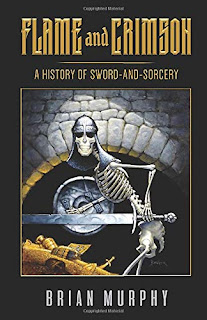 FLAME AND CRIMSON by Brian Murphy

Brian Murphy has put together an invaluable study and reference guide to the rise, fall, and resurgence of the fantasy subgenre of sword-&-sorcery. From its proto roots, to its birth, its heyday, its decline, and its return as a staple, if not a headliner, Murphy's research has left no stone un-turned. The subgenre goes beyond muscled barbarians, diabolical wizards, and buxom babes--and Murphy shows the reader how & why.

If you are already a sword-&-sorcery fan, you'll want this book on your shelf. And if you're not, this book might illuminate to you why the genre speaks to its fans.
Posted by Paul R. McNamee at 2:48 PM 1 comment: