Sorry for lack of posts.  Been busy and tired.

Most of last month's reading was spent in comics, largely in the behemoth collected story, The Return of Superman. 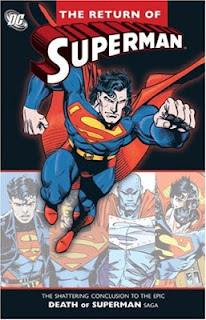 Some good stuff in there, but also some of goofy stuff, too.  Series that have gone on so long that they keep adding on crazy stuff to keep going, or retcon deaths or retcon character behavior, do seem to get out of hand.  I find myself preferring self-contained story arcs.

But it was good to read, finally, the original story for myself. 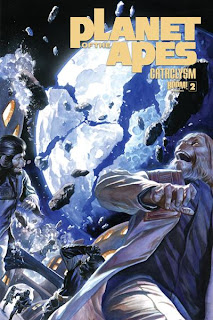 I am also continuing to follow the various Planet of the Apes stories coming from Boom Studios. I like that we get to see the wider Ape world beyond Ape City, and they are setting up interesting plot lines and elements that later become exposed in the original movie.  (For instance, when Zaius accuses Taylor of being a mutant, and references "nests" of mutants - did you ever wonder why Zaius had that idea in his head?) 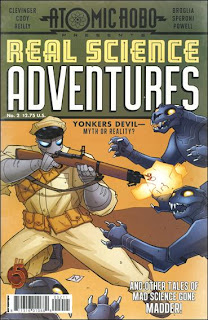 Snuck in a read of Atomic Robo: Real Science Adventures; Volume 1, which features a host of guest artists doing short one-offs with Robo's writer, Brain Clevinger.  I can't rave about this comic enough.  Get yourself some, you'll be glad you did!
Posted by Paul R. McNamee at 8:45 PM 2 comments: