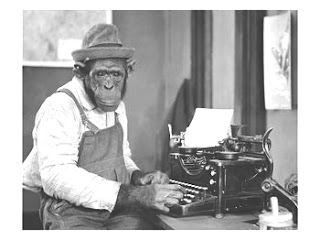 It is often easier to see the gaps in one's writings (or, whatever art you create.) It's easy to focus on what failed and what you didn't finish.

But sometimes if you take a moment to consider your work, you might surprise yourself.

I meant to focus more on novel writing this year. Because I wasn't as successful there this year as I wanted, I lost a bit of sight on what I managed with short stories earlier this year.

recent reads (listens) ; back to basics

I've been rather lazy about book reviews lately. Part of that is I've been reading older stuff by authors who have passed on - so they don't necessarily need the Amazon/goodreads review bumps.

I've surpassed my goodreads reading goal (65 books) for 2017. Yes, that includes some graphic novels but not nearly as many as last year. Audiobooks have helped - I listen to them on my daily commute. 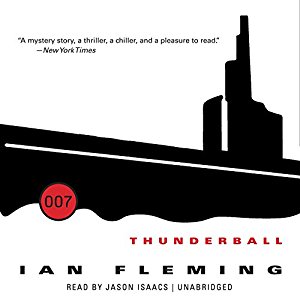 This was absolutely stellar. If you're a Bond fan, you should try this when you have time. I am going to press on with these and finish off the original Fleming books. This particular run of audios features British celebrity readers. Looking forward to more though I'm a little disappointed Isaacs didn't perform any of the others. 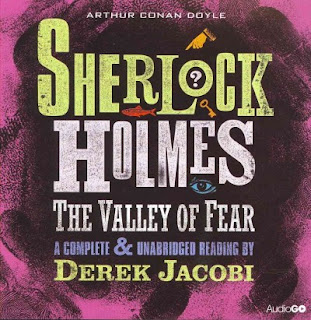 THE VALLEY OF FEAR by Arthur Conan Doyle, read by Derek Jacobi.

A fun reading. Jacobi works solidly with accents, including Americans. I'm only getting to the original Sherlock Holmes tales now - largely thanks to the influence of Charles R. Rutledge (also responsible for my interest in Burroughs's original Tarzan tales, too.) My only complaint is that this story - like A STUDY IN SCARLET - features a second half prequel story set in America without Holmes at all. However, I didn't feel quite as cheated as with A STUDY IN SCARLET, because here the midpoint reveal doesn't come out of the blue.

Aside from audios, Rutledge is also responsible for kindling my interest in Solar Pons. 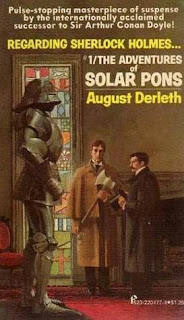 Pons was August Derleth's Holmes pastiche who went on to a life of his own, with Basil Copper continuing the stories in the 1970s. Recently, Copper's tales came back into print in paperback from PS Publishing in the UK. 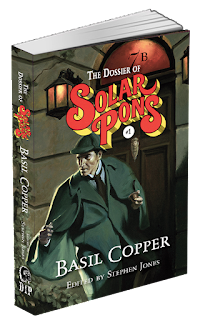 Also, a Kickstarter campaign launched brand new stories written by David Marcum with the permission of the Derleth estate. Marcum is a Holmes/Pons aficionado. (The campaign was successful. If you missed out, the book can be ordered from Amazon.) 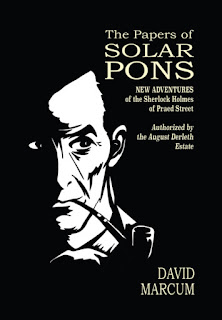 Not sure how long I'll be deep diving on thrillers, mystery and crime but I might be here a while.
Posted by Paul R. McNamee at 11:47 AM 3 comments: