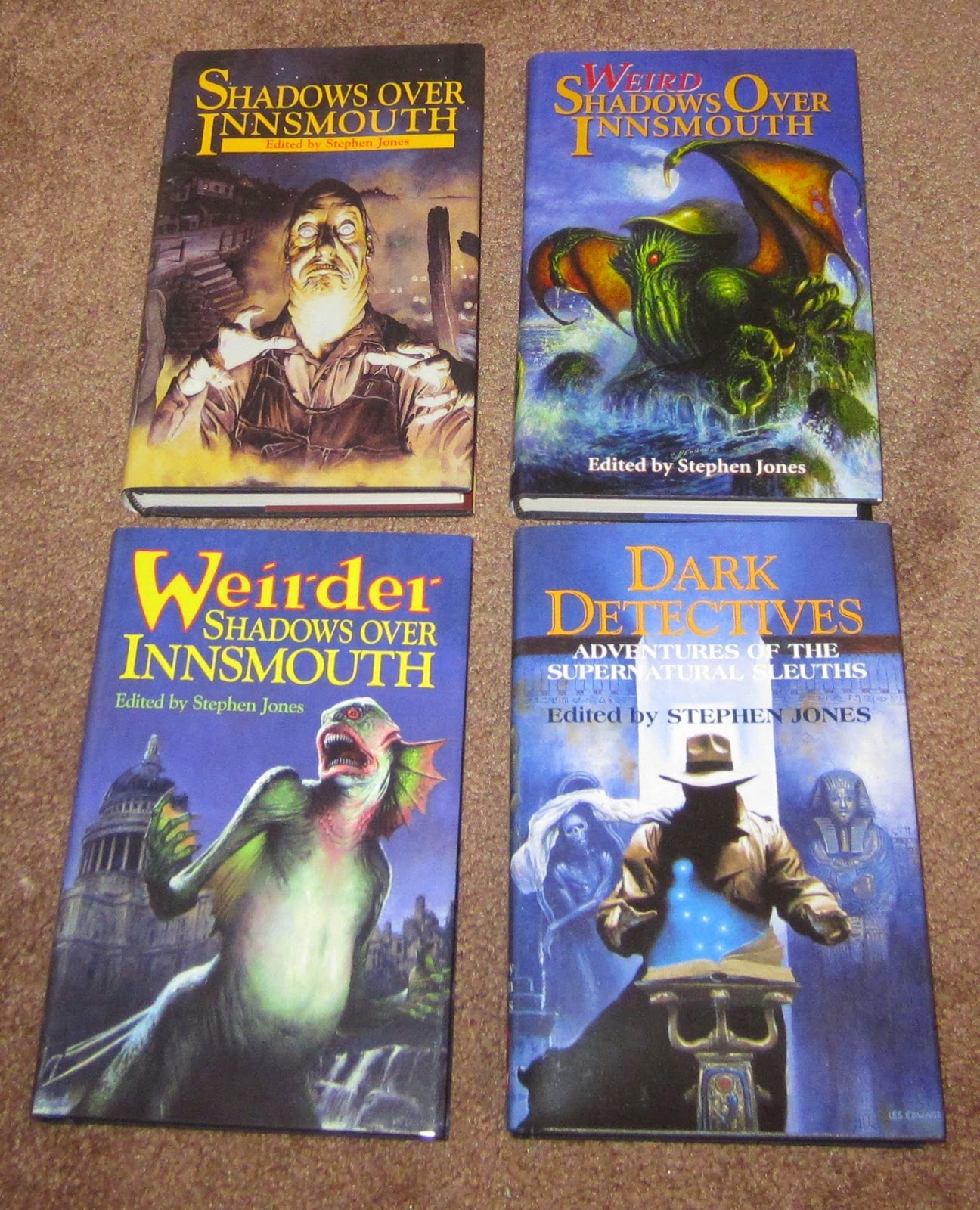 My Cthulhu Mythos tangent continues - along with a bonus. I learned about a deal on the hardcover edition of Stephen Jones' Dark Detectives, which I've had my eye on for a while now.  I was able to bundle in the three Jones' Innsmouth anthologies with the deal.

I hemmed and hawed. I really do want to curb the book acquisitions this year. It's not just money - bookcase space is at a premium in my house.

But these were just too good to pass up.  Still pricey, but I'd say I bought them at 2/3 their price, and they are new.

If you are more interested in the stories and aren't willing to pony up the hardcover prices, all four books are (or will be by March) available as ebooks and paperbacks. 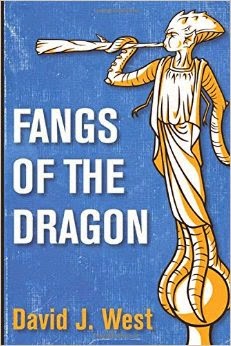 So, you want to read a "weird Western" tale? How about something with a lake monster and more? How about including some interesting history of schism in the Mormon church woven into the tale with a real life gunslinger?

David J. West takes the historical Porter Rockwell and makes him his own semi-fictional character. Taking the basis of Porter's modern-day Samson blessing - so long as he did not cut his hair, he would be impervious to blade and bullet - it is not an unreasonable step into the weird and supernatural.

West asks the simplest author question. He asks, "what if?"

What if Porter came up against tooth and claw? How would he survive that?

I thoroughly enjoy the character of Porter as presented by West. Porter is rough and tumble, but true to those who are true to him. He's not above a touch a medicinal alcohol - he particularly favors a tincture infused with raspberry when he needs it. But, he doesn't swear - which is great fun, because his go-to cuss word is "Wheat!"

This story is not straight forward, either, which is a good thing. There is more than a simple lake monster, and Porter needs to put together all the pieces between monster chasing and gunslinging action.

You can read "Fangs of the Dragon" in West's collection, Weird Tales of Horror (which contains other Porter Rockwell tales, too, btw) or stand-alone for the price of a cup of coffee (or less.) So, grab that cuppa (or some raspberry tincture) and enjoy a rousing tale of the weird West. 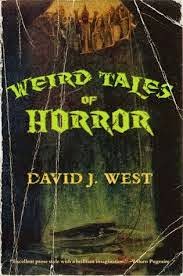 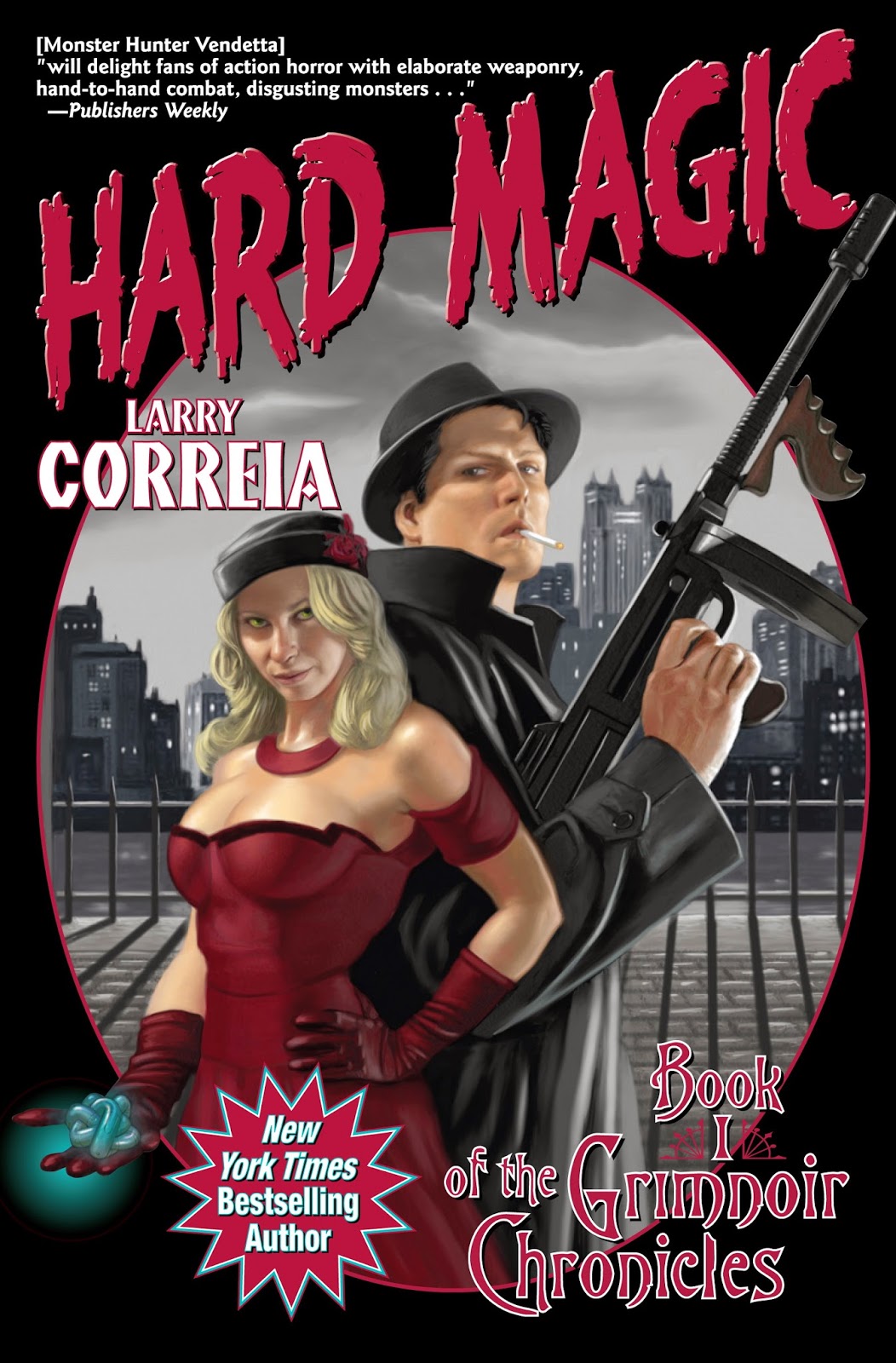 Jake Sullivan is a war hero, a private eye-and an ex-con. He's free because he has a magical talent, being able to alter the force of gravity in himself and objects in his vicinity, and the Bureau of Investigation calls on him when they need his help in apprehending criminals with their own magical talents. But...

Jake found out that the Feds had lied to him...he was too valuable for them to let him go. And things were even worse than Jake imagined. There was a secret war being waged by opposing forces of magic-users, and Jake had no idea that he had just attracted the attention of one side, whose ruthless leaders were of the opinion that Jake was far too dangerous to be permitted to live...


There is so much going on in this book, that I really don't want to spoil it much beyond that provided blurb. The story just kept getting bigger and better. In fact, I don't think that blurb does it justice. Not counting the magic glossary and other stuff at the back, the mass market paperback length is 573 pages and they are absolutely bulging at the seams.

Correia does a lot in this novel. He establishes his magic and its rules. He creates secret societies. He reworks early 20th century history into an alternate history narrative tainted with magic that still makes sense. He gives us varied heroes and villains. He brings in all kinds of historical characters and fits them right into their new world. And airships. Gotta have the airships. ;) He does it all with rollicking, moving action worthy of any pulp story.

I watched a talk Correia gave once, early in his writing career, where he described his plotting as blowing something up every 7-10 pages. It's not as silly as it sounds. That really is the right pacing for an action-driven story. (Or an action movie screenplay.) He makes his setups and pays them off. If this novel is any indication of the rest of his work, he naturally knows when to hit his beats, that's for sure.

Correia is a gun enthusiast. It shows throughout the story. If there was a gun in the 1930s, someone in this novel is using it. (OK, I'm sure there were more and Correia will probably pull out even more as the trilogy expands.) The trend of authors specifically describing firearms is somewhat new, I'd say. In the old days, they had "guns, pistols and rifles." I have seen other authors fail to keep this new trend interesting. I've read stories that I thought were weapons catalogs. But, Correia keeps the variety flowing as the story moves along, so I never felt that way about this tale.

The last 75 pages really kick into pulp action, breakneck speed, and pull out all the stops.

Frankly, I enjoyed the hell outta this one.

I think most of my friends (and blog visitors) who share my tastes (you know who you are and what we enjoy) will enjoy this one. I definitely plan to finish reading the entire trilogy.
Posted by Paul R. McNamee at 1:47 PM 2 comments:

Two news items of interest to me came across social media feeds today.

First, Atomic Robo is moving on. The comic is being moved from Red 5 Comics, and will now be a web comic. You can read it for free and see what I keep raving about.

They will be posting the 1st volume, and then debuting the upcoming 10th volume. Print issues are no longer offered, but the web comic will eventually offer collected trades. I don't know about rights and what they are doing with volumes 2 - 9.

Second, (and going the other direction) the Gravedigger web comic will be getting a proper comic treatment and be available at Comixology and in print. I really enjoyed the noir flair of Gravedigger. I could easily imagine the two stories as lost Lee Marvin movies.

Both these comics are worth your time!
Posted by Paul R. McNamee at 10:37 PM 1 comment: 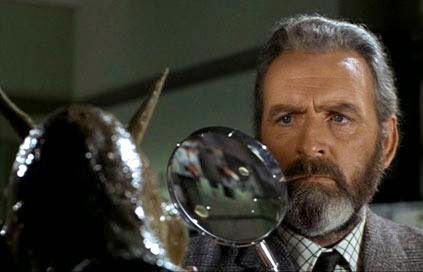 On a whim, I decided to educate myself on the roots of Doctor Who, by watching some original Quatermass stories. If readers of this blog (outside the UK) know Quatermass at all, it is probably from the Hammer movie, Quatermass and the Pit - which was originally released in the US with the title, Five Million Years to Earth. (see above photo)  Before this week, it was the only Quatermass I'd ever seen, too.

But, Bernard Quatermass featured in four stories total. Like Doctor Who, he started out on television, and three of the original television serials were adapted into Hammer movies. Like the Doctor and James Bond, many different actors have played the role, even though there were only a total of four television serials and three theatrical movies. Rather than repeat a lot of data, I refer you to the wiki page.

In a nutshell, Quatermass is a scientist who heads the British Experimental Rocket Group. In the first story, The Quatermass Experiment, three astronauts are sent into orbit, but only one returns. The returned astronaut behaves in very peculiar manners. Did he murder the rest of the crew? Or, did something even more sinister occur in the depths of outer space?

In the second tale, Quatermass's new atomic rocket has exploded just after launch in Australia. Struggling with failure and the loss of life, Quatermass has no time to idle as he discovers an alien invasion underway. Strange meteorites are falling, government officials are behaving oddly, and an entire English village has been razed to make way for a "food processing plant."

Quatermass is a large influence on British scifi, certainly television scifi at least. Nearly any alien invasion/conspiracy tale probably has some roots back to Quatermass. It certainly influenced Doctor Who - particularly the early Jon Pertwee years when the Doctor was exiled to Earth and constantly fought off alien incursions.

Like Doctor Who, Quatermass suffers from a loss of episodes. The first serial, The Quatermass Experiment, only has two available episode - parts 1 & 2 - of the six-part serial.

I went ahead and watched them, anyway. It held promise, and it is a shame the rest is lost.

Then I went on and finished up Quatermass II last night. It holds up very well, I think. I found it suspenseful and intriguing, though the new lead needed an episode to warm up to the role. The fifth and six parts suffered a bit of sag, but overall it kept my interest all the way through. 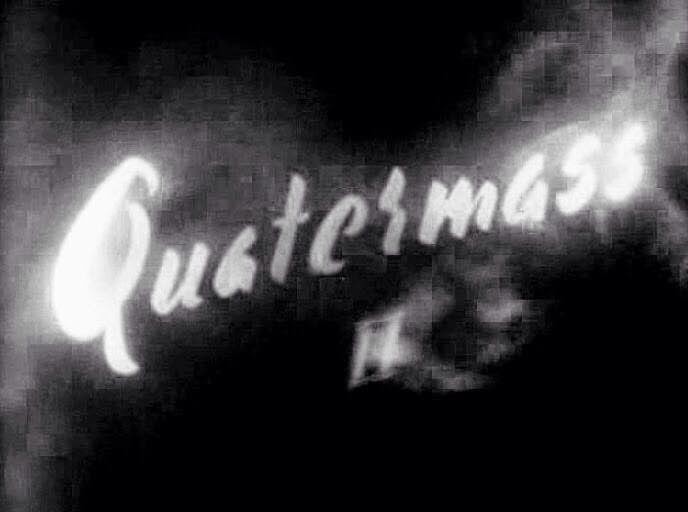 p.s. - for your convenience, my Quatermass YouTube playlist of the first three 1950s serials.

p.p.s. - coincidence would have it;

1.) The first Hammer Quatermass movie, The Quatermass Xperiment, finally became available on blu-ray in December. (For the North American market - it's been available in the UK.) Here's hoping the other two get the blu-ray treatment - especially Quatermass and the Pit.

2.) Spectral Press are planning on a book about the creator of Quatermass, Nigel Kneale.