On the subject of book reviews 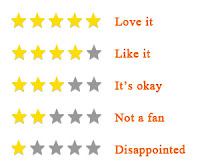 The other day on Facebook, a writer friend asked;


What’s a guy gotta do to get book reviews around here? Seriously. All answers appreciated.

Most everyone replied they had no idea anymore.

I am more focused on Amazon reviews in this post, though there are certainly other venues; goodreads, blogs, etc.

Not complaining, just observing; the anthologies I've appeared in barely have reviews.

Personally, for me, the notion of reviewing just isn't on my radar much anymore. It started with backing off any negative reviews. As a writer myself I feel uncomfortable doing that. It might just not be smart as a 'career' move, either.

But now I'm kind of burned out on reviewing anything--even if I like something.

Maybe it's the fact I come from a Pre-Internet world. Pre-Internet, if I enjoyed something I just enjoyed it. I'd tell some people maybe, or it would come up in conversation, but I didn't need to announce it to the world.

I know, we live in a new paradigm. I know authors need the help--I'm one of them.

Amazon's back-&-forth 'policies' on pulling reviews--especially if you are friends with writers--haven't helped. And it is disturbing behavior. How does Amazon determine you are friends? Clearly they must be trawling our social media.

On the flip side of that, Amazon hardly police unjust one-star reviews. Ones that are done out of spite, or "I never read this genre but I'll review this anyway."

Also seeing as how nearly every book on Amazon--if they get enough reviews--end up with such a mix from one-star to five-star that the reviews aren't even useful.

I have no evidence that anyone else feels the way I do. But I do wonder.

How about you? Have you burned out on posting reviews, even short ones? Do you feel like the weight of Amazon reviews don't matter to you as much as they did?  Did they ever?

What about reviews from sources other than Amazon?
Posted by Paul R. McNamee at 9:59 AM 2 comments: