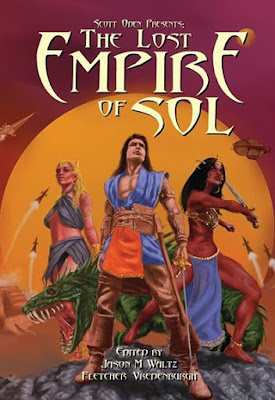 This anthology of sword-&-planet stories has been a long time in the making. I won't bore you with details. It started, floundered, picked up, floundered again. Jason Waltz finally grabbed the project for his refurbished Rogue Blades Foundation/ Rogue Blades Entertainment effort.

So, here we are. THE LOST EMPIRE OF SOL, available for pre-order. (includes my story, "A Gate In Darkness.")

Press release and ordering information can be found here; 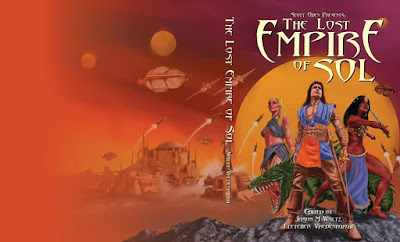 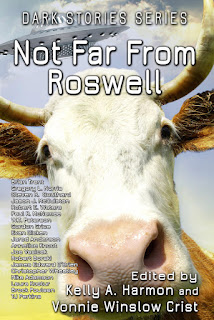 NOT FAR FROM ROSWELL
Edited by Kelly A. Harmon & Vonnie Winslow Crist

My latest published story, "Heirloom," is available now in the Pole To Pole Publishing anthology, NOT FAR FROM ROSWELL. (Kindle available now, print to follow soon)

Despite the friendly cow, this is part of the Dark Stories Series. They wanted dark and I delivered. I have not read the other tales, but I suspect the tone of the anthology is dark fantasy & horror. You've been warned...
Posted by Paul R. McNamee at 11:02 AM No comments: 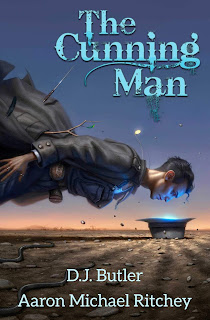 If you are a fan of occult detective/dark fantasy/folk magic stories along the lines of Manly Wade Wellman’s John the Balladeer, David Drake’s Old Nathan, and Brian Keene’s Levi Stoltzfus, there is a new novel you need to read; Dave Butler & Aaron Michael Ritchey’s THE CUNNING MAN.

Hiram Woolley easily joins the ranks of such heroes.

Let's look at the tease;


It’s the depths of the Depression, and a mining town in Utah is shut down. Something has awakened underground, and now a monster roams the tunnels. Along comes Hiram Woolley ... a man with mystical abilities derived from the commonsense application of Scot-Irish folk wisdom and German Braucher magic. ... Behind the played-out farms and failed businesses are demons, curses, sorcerers, and unatoned wrongs. Bags of groceries and carpentry won’t be enough this time.The job will take a man who has known sorrow. A man who has known war. A man of wisdom. A man of magic. The job will take a Cunning Man.

This is a fantastic premise which Butler & Ritchey deliver on. The characters are three-dimensional. The setting pops off the page. Hiram's inner conflicts are as well-drawn as his outer conflicts. There are tense, thrilling scenes as good as any horror suspense you'll read.

THE CUNNING MAN should be on your reading list—near the top.
Posted by Paul R. McNamee at 9:33 AM No comments: