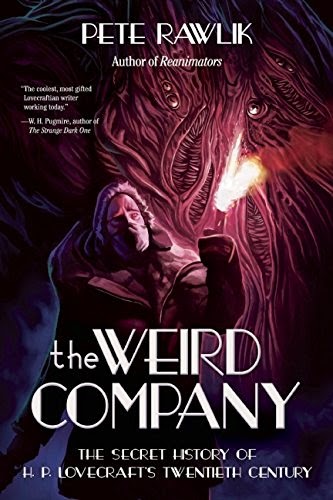 I found it HERE.

And that, my friends, is a problem.

Because I didn't know about it. Thanks to Amazon for all that consumer-specific data mining. I saw the link.

I forget who bought out Night Shade Books. But, they haven't done an update to their Facebook page in over a year. Which isn't too smart because they have been putting out books.

I went to their main page. The Facebook link went to the un-updated page. The Twitter links goes to a new, unsetup Twitter feed - not the one I had been following.

Newsfeed on their main page, too, is spotty. This book was released 07-October-2014, according to Amazon. No news item on that day about the release.  AT ALL.

This is NOT going to help keep the imprint alive, people!
Posted by Paul R. McNamee at 2:08 PM 3 comments: 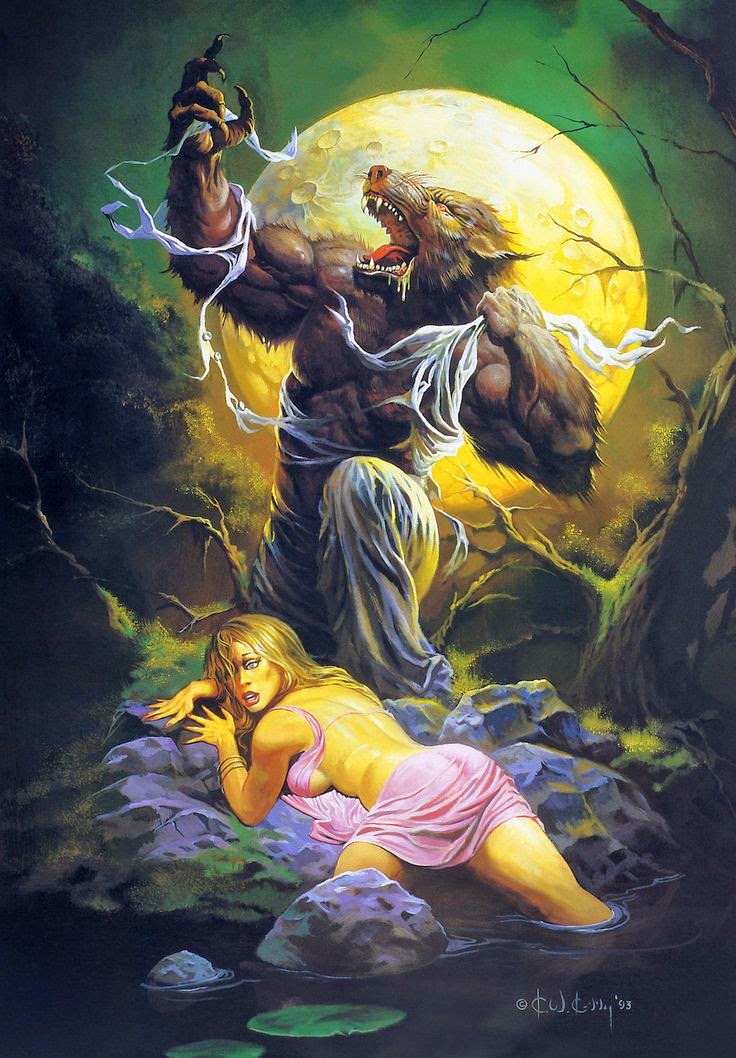 Well, I'll be busy tomorrow and I'm not sure what other haunts I'll get to before Halloween and October are officially over.  So, here's one more blast of scary tales consumed this month.

"Spirits" by James A. Moore

"The Phantom Coach" by Amelia B. Edwards

"The Secret of Kralitz" by Henry Kuttner

"The Eater of Souls" by Henry Kuttner

"The Salem Horror" by Henry Kuttner

"The Candle in the Skull" by Basil Copper

Blood From the Mummy's Tomb (movie)

Straight On 'Til Morning by Christopher Golden (still reading)

"Stragella" by Hugh B. Cave

"A Place Where There Is Peace" by James A. Moore

"A Week in the Unlife" by David J. Schow

"The House at Evening" by Frances Garfield

The Curse of the Mummy's Tomb (movie)

The Halloween Tree by Ray Bradbury

FYI;
There will be a night of anthology horror movies coming up on TCM, on Oct 28th, not Halloween (oh, they have other horrors for Halloween.) Dead of Night, Twice Told Tales, Kwaidan, The House That Dripped Blood and Torture Garden (screenplay by Robert Bloch.)  I'll be recording them all except ...House.., as I've already seen it.
Posted by Paul R. McNamee at 1:06 PM 3 comments:

I have no real plans or goals for horror consumption this October. Just reading or watching whatever hits my fancy. Almost at the mid-point of the month. Here's what I've experienced so far.

"Echo From The Abyss", "One Thousand One Nights Unseen", "Curse the Child" by David J. West

"The Music of Eric Zahn" by H. P. Lovecraft

"That Hellbound Train" by Robert Bloch

"The Witching Tree" by Brian Keene

The Creature from the Black Lagoon (movie)

"The Dwarf" by Ray Bradbury

"The Chemical Vampire" by Lee Francis

"Beyond Any Measure" by Karl Edward Wagner
Posted by Paul R. McNamee at 9:48 PM 5 comments:

Over the summer, during one sale or another, I grabbed two graphic novel adaptations of Robert Bloch short stories. Both were adapted by Joe R. Lansdale and John Lansdale (I don't know their relation.) I thought October would be a good time to pull them out, and compare them with their source material. 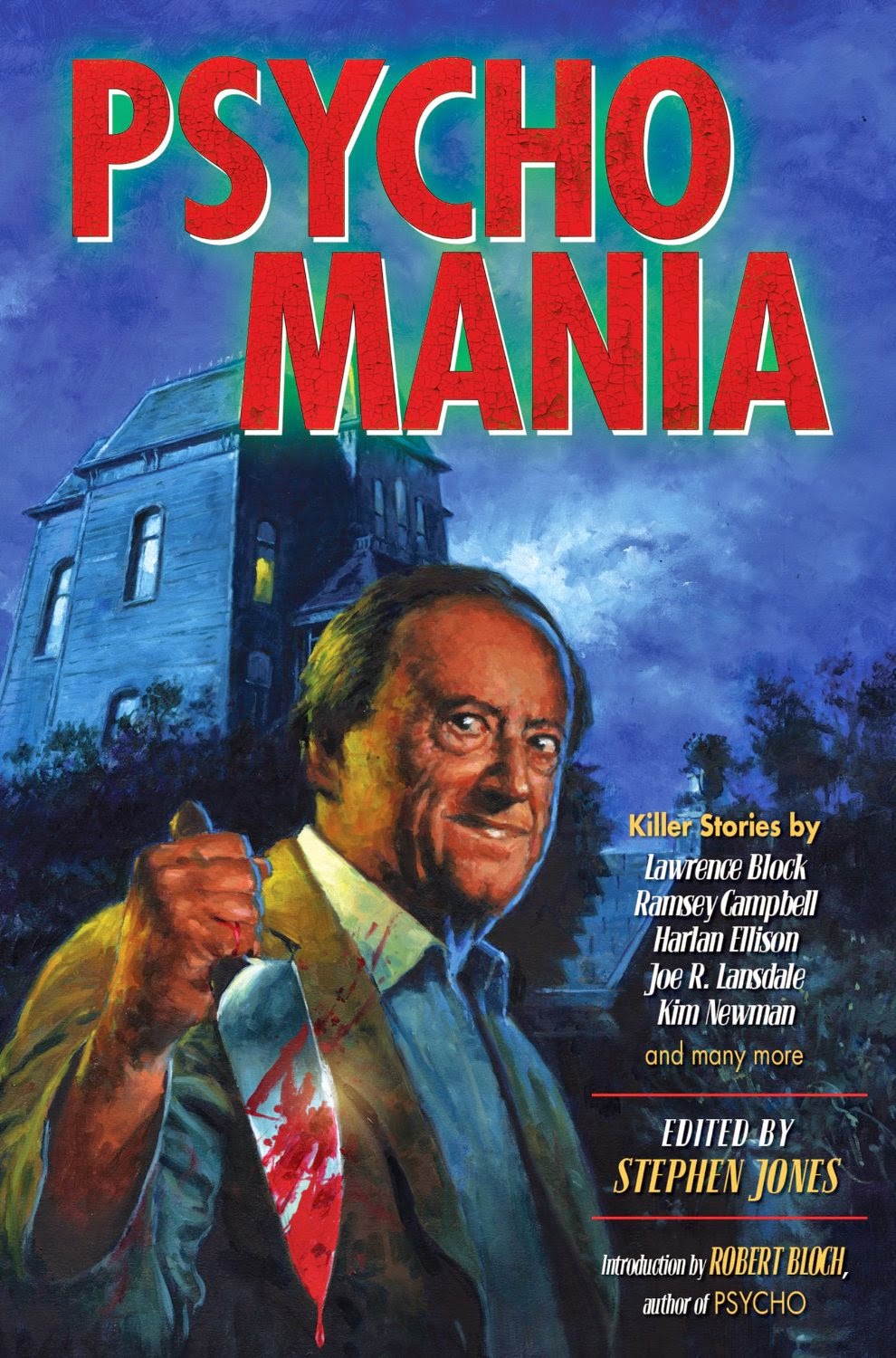 There are murders in Chicago, and an eccentric Englishman believes they are the work of Jack the Ripper. Why did Jack murder and then disappear in the 1890s? How could an old, old man physically commit knife murders now? Because Jack is an immortal sorcerer who must kill to maintain his eternal life. He wanders the world, springing up in various cities over the years, committing murders and then moving on. The narrator, a psychiatrist by trade, gets pulled along in the grisly hunt.

It's a classic for good reason, though the twist is a bit predictable. 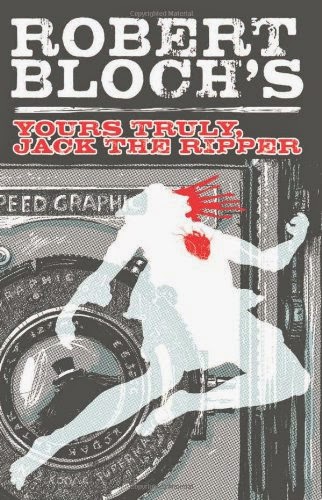 Yours Truly, Jack the Ripper

The twist at the end of the original story, and the original story's first-person point-of-view, undoubtedly made this adaptation a challenge. Having read the short, I knew who the villain was, but Lansdale made changes that helped obscure (in a good way) where the tale was going - even from someone familiar with the original short story.

One clever change was to make the murderer a monster, albeit under control of the true criminal. It keeps the reader guessing. It made me wonder how many changes were made and would the "whodunit" be changed?

The minimalist take on the art extended to the cast of characters - there aren't very many. I did find it odd that there really aren't many suspects offered. There is a quick throwaway scapegoat near the end, but he comes in awfully late. 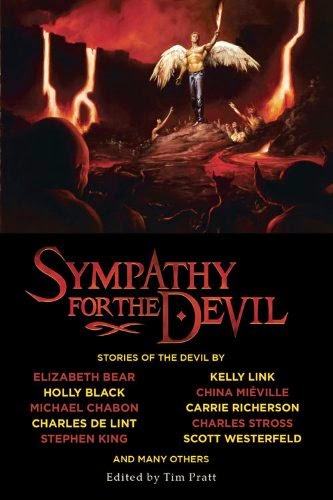 (original appearance, The Magazine of Fantasy and Science Fiction, 1958)
Great tale, though more fantasy than horror. Martin lives a hobo's life until that Hellbound Train and its devil Conductor offer him a deal. I have to believe Rod Serling tried his best to get the rights to adapt this one. It would have made a classic Twilight Zone episode. 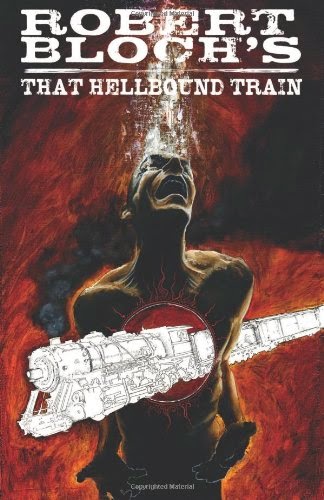 Very faithful adaptation of the story. Closer than Yours Truly, Jack the Ripper. The only main change was the Devil tempting Martin with Eve, whereas in the original story, the Devil just lets Martin do himself in. Bonus points for including Robert Johnson in the passenger car splash!
Posted by Paul R. McNamee at 10:55 AM 1 comment:

I stumbled on this series on Amazon one day through various searches. I don't know anything about the Armchair Fiction publisher but the table-of-contents were intriguing. I went with Volume 2, rather than Volume 1, because I wanted to read a Joseph Payne Brennan story. 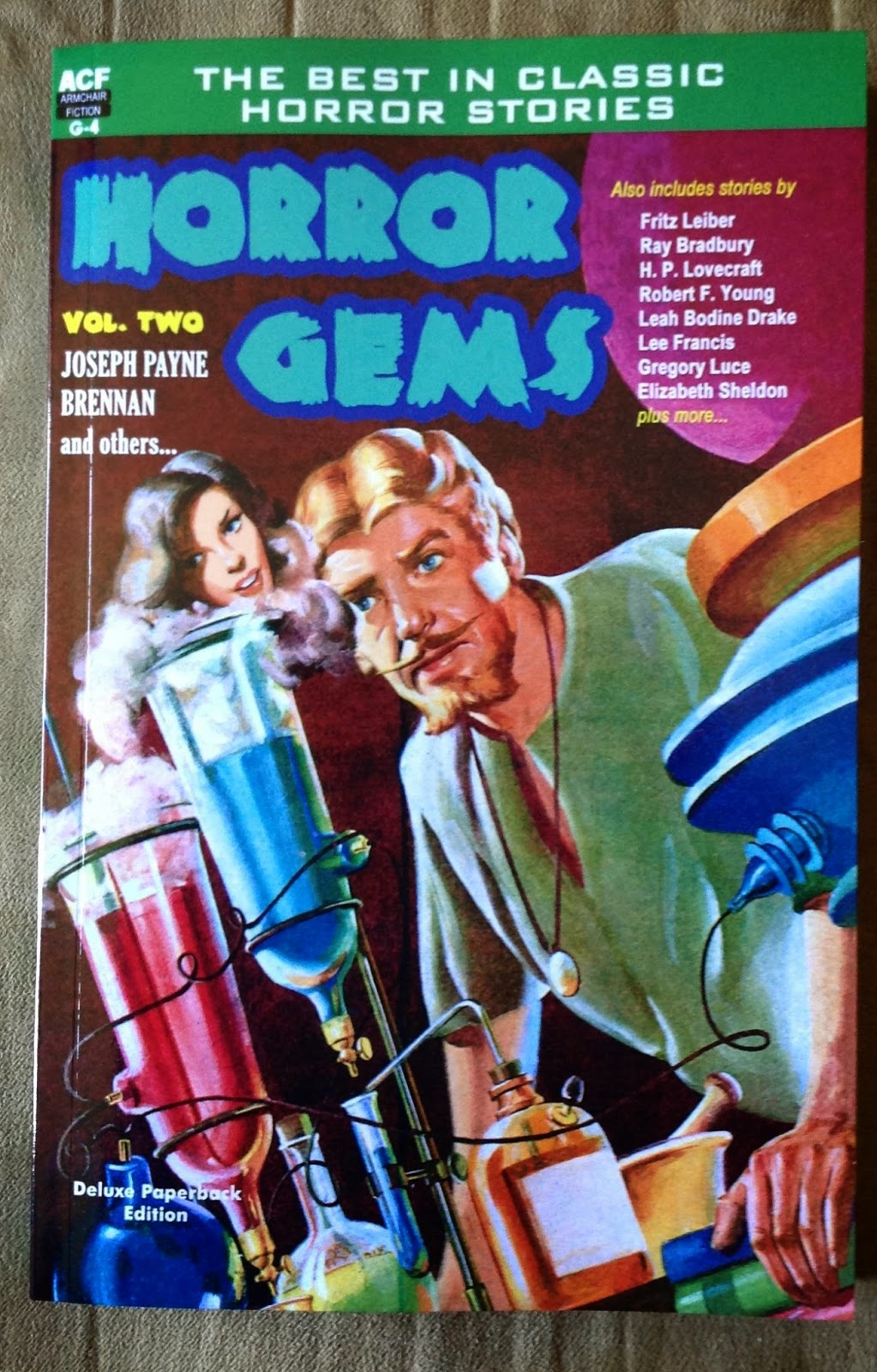 It's a nice print book.

Table of contents are a bit slammed in there, and I saw no original copyright or first appearance information. I could look it up on the internet, but it would be nice if it were handy in the book. 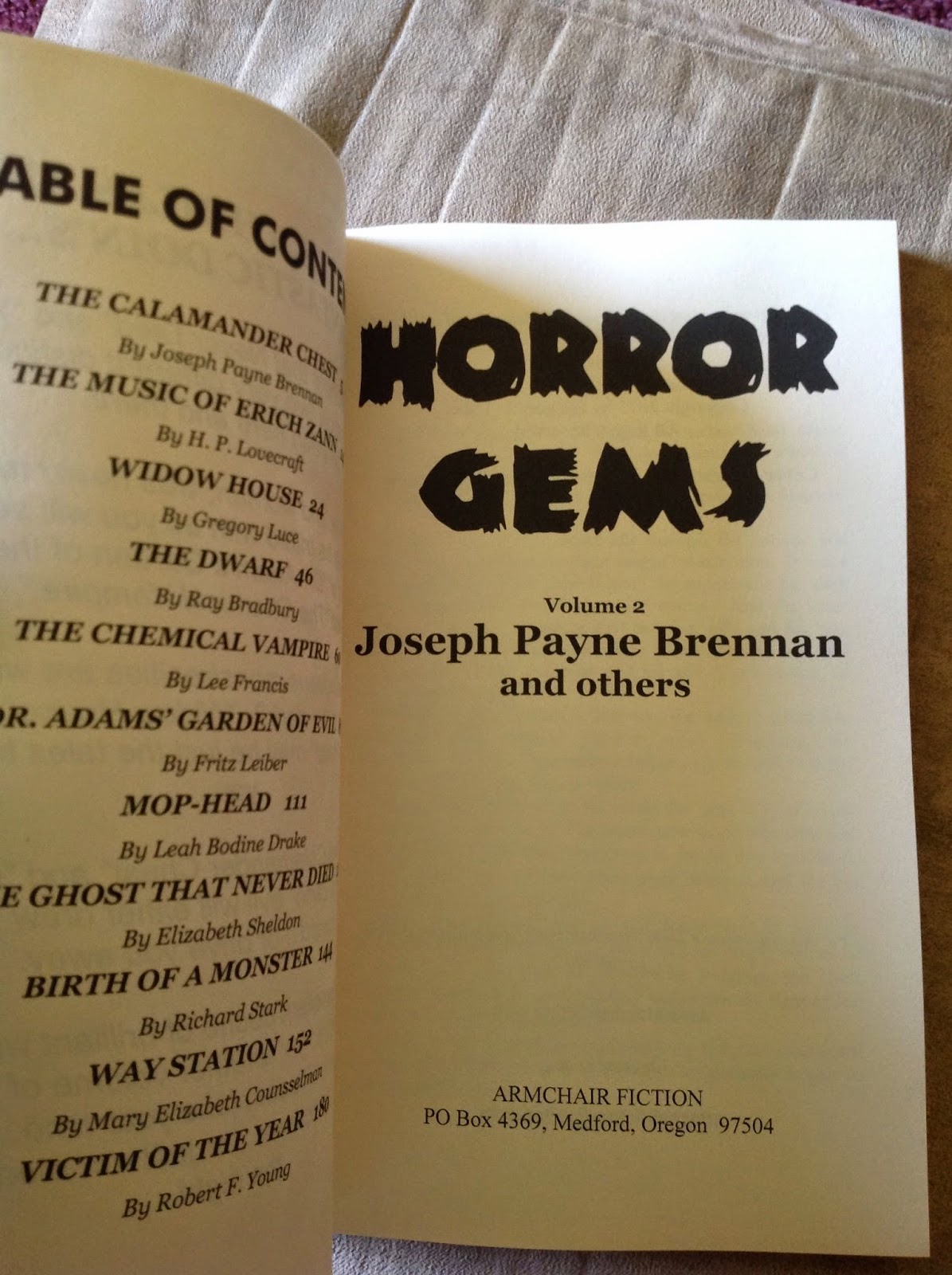 I would guess that these are all public domain grabs. Nothing wrong with that to me as long as they're truly public and they are presented well.

I found the lack of an overall introduction odd. In the actual content, some stories have introductions and some don't. Again, odd. 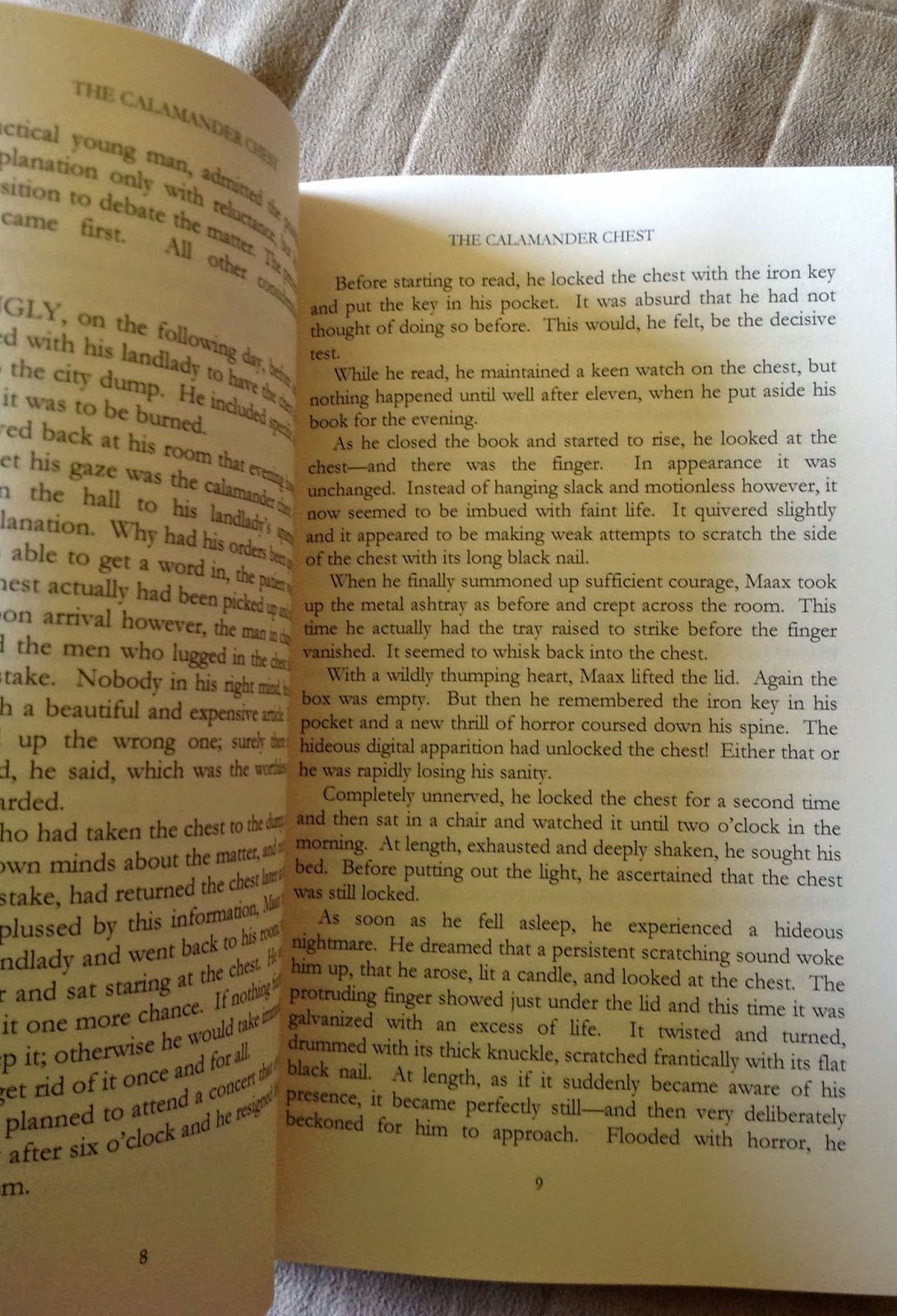 My only complaint here is that the font, while nice, is a bit light on the page. It could be darker. 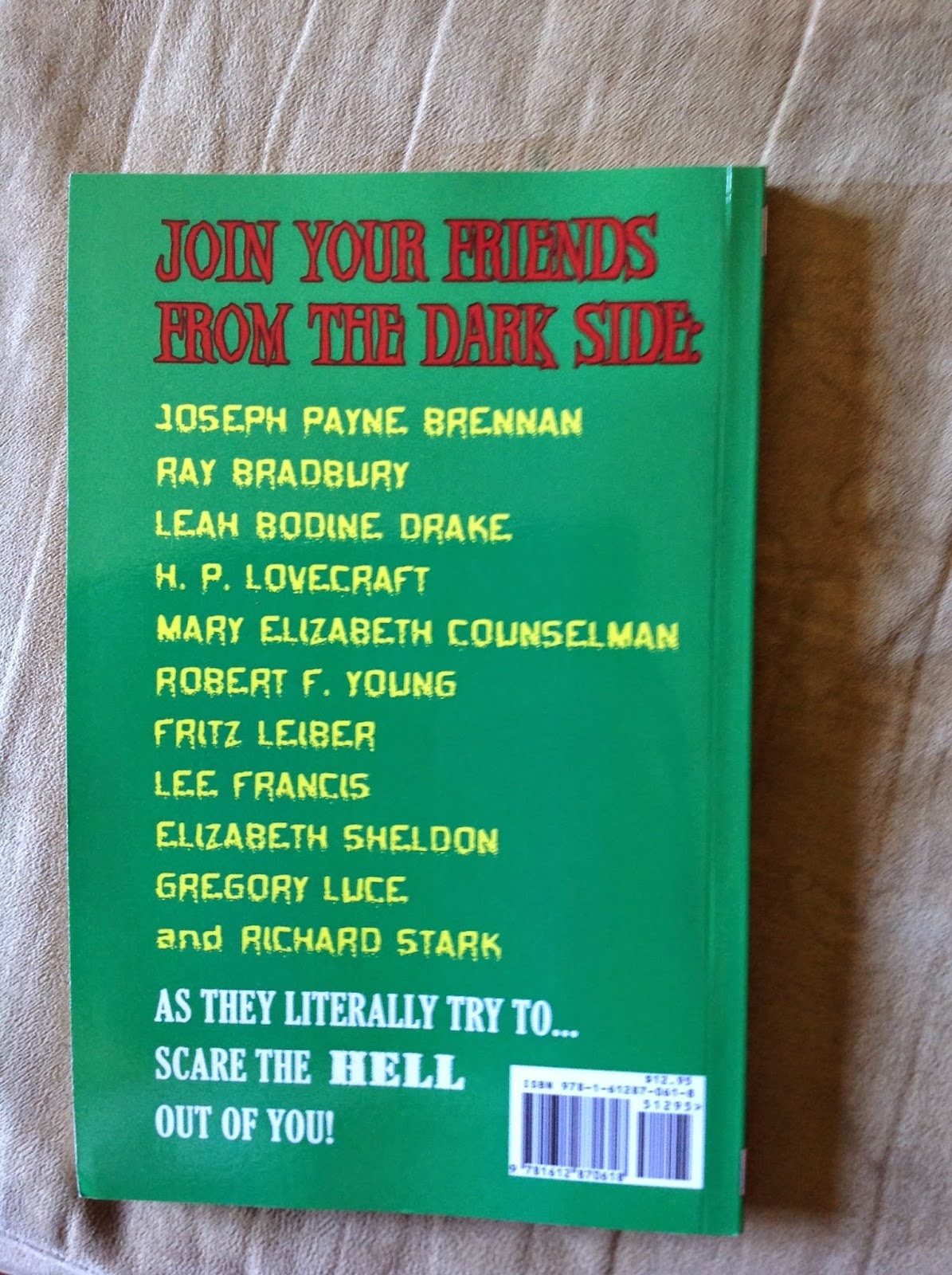 It is what I expected and looks like a fun series of books. Once I get to reading it, I'll let you know if there are typo issues.

If I like it, I'll certainly consider acquiring more.
Posted by Paul R. McNamee at 9:15 AM 3 comments: