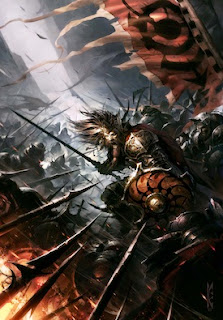 Those sneaky folks over at NightShade Books have been working under the radar, again. I don't recall any news items about these, but here they are;

These are reprints, and I've been dying to get my own copies. A friend loaned me An Ill Fate Marshalling and I read it awhile ago.

It's a pity they couldn't talk Glen Cook resurrecting the "lost" (stolen!) novel of the series, The Wrath of Kings and putting all three into another omnibus. (read old interview here)

I am really late to the party, but I finally watched my DVD of the 2005 Icelandic/Canadian co-production, Beowulf & Grendel. I enjoyed it a lot. I will be lazy and refer you to Bruce Durham's old review. I agree with all his points and assessment. It's worth a viewing if you enjoy Beowulf. 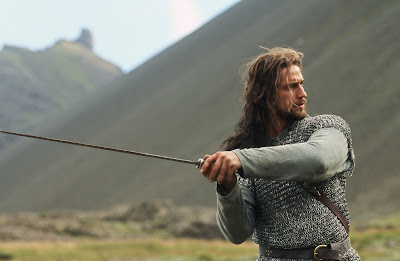 I particularly enjoyed the grim humor in some snippets of dialogue.
Posted by Paul R. McNamee at 2:17 PM 2 comments:

Bloating up the Kindle!

If you didn't see my tweet or Facebook status, Amazon are having a big sale ('The Big Deal', they call it) on Kindle eBooks for the next week. They even have a handful of PYR books, which normally run $15 trade paperback or $10 ebook for $1.99 each.

Granted, these are all series first entries to entice you to buy & read more at full price, but for these prices, I'm fine with that.

Daily Life in the Middle Ages by Paul B. Newman ($3.99, but that's a huge discount over even the paperback, which is listed at $36!)

I am so behind watching movies & t.v., if I get my writing goal finished this week, then I am going to treat myself to these on the weekend. (I own the DVDs, I just haven't watched them yet.) 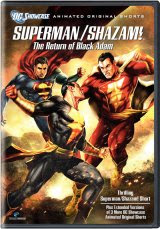 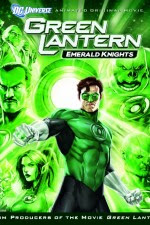 We'll see how the "goals & rewards" system works for me for the next few weeks.
Posted by Paul R. McNamee at 4:01 PM 2 comments:

Batman on the beach 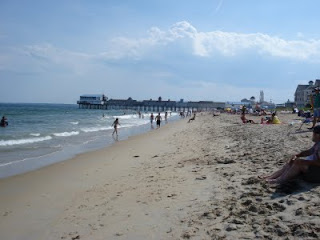 I spent the past four & a half days at the beach with my family and in-laws. Not as relaxing as it could have been - the nine month old is extremely screechy. No exaggeration - you could put your head next to the p.a. column at a Judas Priest concert and have the same effect on your hearing. I kept thinking we'd be asked to leave our inn.

Anyway, I knew with the two children (even with grandparents for babysitting) I wouldn't get much reading done, but I brought the Kindle, anyway.

I was smart in also bringing Batman: Year One with me. Graphic novels are faster, easier reads. I chose this one because I had it on recommendation, and it will be the next story adapted for the DC Universe Animated movies. 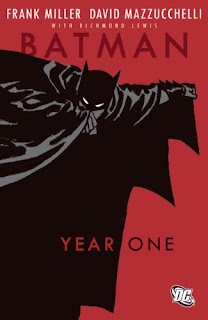 It was a very good story. I enjoyed it a lot. I could have done without the reinvention of Selina Kyle (Catwoman) as a bored prostitute, but what is a Frank Miller story without pimps and hookers? ;) The rest though, is stellar as Jim Gordon, Harvey Dent and Bruce Wayne fight amidst a sea of crime and corruption. Not even a super-villain here. The mob and corrupt police force are enough. Good storytelling moments. I especially liked a crooked cop's recounting of encountering Batman as something mythical, while the illustrations show exactly what happened and how the (Bat)man was becoming a legend by exaggeration and fear.

So, I managed to read that in its entirety. Also gave in this year and grabbed a hardcover of Tim Willock's The Religion - very same book and discount bookstore I debated about last year. Couldn't pass it up this time. I'll find the shelf space for it. I hope it is as good as some say it is.

We had wireless but I mostly lurked from my iPhone. Between this week & my Facebook 'vacation' last month, I'm getting the bigger picture and remembering/realizing just how much darn noise there is on the Web. Don't get me wrong, I've gotten wonderful information and made plenty of friends, I don't damn the medium. But, I really need to cut back on my web time. I just have too many other pokers in the fires of my life right now.

I'll still follow my blog roll and post here, but I am thinking of cutting way back on Facebook and newsites. Surprisingly, perhaps not Twitter because that is designed to be a fast fix - but it's plenty noisy, too, so that might go.

Besides, with Google+ ramping up, there might be a great nomadic social network migration again. Might as well ramp down for a bit.
Posted by Paul R. McNamee at 10:46 AM 2 comments: