When I was growing up in the early 1980s, I was (no surprise) a bit of an odd duck. I did not listen to the pop or rock of the day. I was entrenched in blues and what we now call “classic rock” of the 1960s & 1970s. Except for surviving holdovers (The Rolling Stones, The Kinks, The Who, etc.,) very few bands were doing that style of rock'n'roll. So, in my defense, that was what I liked and that is what I sought out.

Along came The Black Crowes and I realized I wasn't entirely alone.

Now, if you want to talk about being out of your expected of time-stream, there is a whole 'nother generation of “kids” out there, harkening back like I did – Grace Potter & the Nocturnals, London Souls, Saint Jude, Rival Sons, the Sheepdogs and my newest discovery, Blues Pills.

It's great that nowadays “doing your own music thing” is even more prevalent. In Europe there is a large fanbase for “classic rock.” But, not the same old tired FM radio anthems, but new bands performing & writing with classic rock influence. It's a genre, just like “classical” music is. They've been doing festivals and award shows for a while now, and this year (or 2014) America finally held its first “classic rock” awards show which includes awards for new music in that style.

Check out this live Blues Pills show, and check out the absolutely rockin' song, “Gypsy.”
Posted by Paul R. McNamee at 9:58 PM 3 comments: 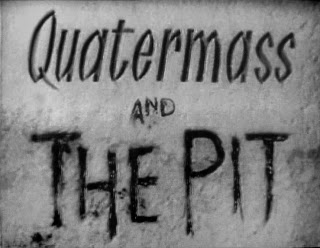 Caught up on my Quatermass television history and finally watched Quatermass and the Pit.

It is a thrilling scifi tale with solid horror edge. At an archaeological dig, human "missing link" skulls are found, soon after the remains of a spaceship are found, and it is five million years old. The ship itself begins to exert an influence on people, and Quatermass soon learns that Hob's Lane has long been the center of "hauntings" anytime there has been a disturbance in the area. Quatermass butts heads with the military colonel on site, who insists the spaceship must be a German bomb from WWII, and refuses to change his view. Eventually the ship hull is breached, and the alien pilots are revealed. Quatermass soon believes the aliens are ancient Martians, who came to collect early man, experiment on them, and release them back on Earth. And their malevolent influence is still tangible. 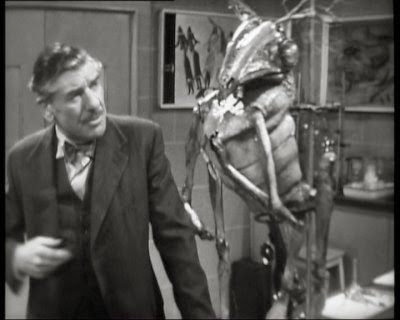 As far as the actors who played Quatermass on television, I have to go with Andre Morell. He infused the presence and the humanity needed. 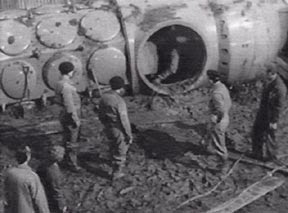 If you've seen the Hammer movie adaptation with Andrew Keir, they are very similar. Mostly, a newsreporter subplot from the television serial was dropped to tighten up the length. Everything else is in there.

This was definitely my favorite of the first three original television serials. It is worth watching, especially for its history if you enjoyed the Hammer adaptation.

(p.s. - the writer/creator of Quatermass, Nigel Keane, is the subject of a book coming later this year, We Are The Martians.)
Posted by Paul R. McNamee at 10:45 AM 2 comments:

So, this little poem jumped out of my brain this morning;

Partially inspired by finding this painting on a google search; 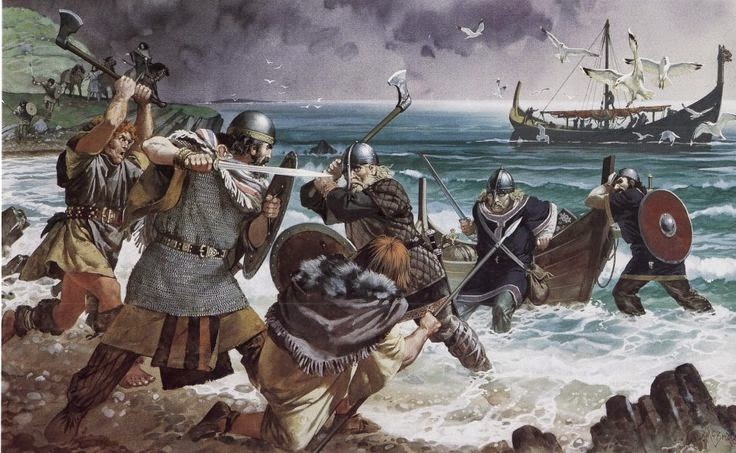 The universe stands on the brink of a dimensional crisis – and the Doctor and Raine are pulled into the very epicentre of it.

Meanwhile, on Earth, UNIT scientific advisor Dr Elizabeth Klein and an incarnation of the Doctor she's never encountered before are tested to the limit by a series of bizarre, alien invasions.

At the heart of it all is a terrible secret, almost as old as the Time Lords themselves. Reality is beginning to unravel and two Doctors, Klein, Raine and all of UNIT must use all their strength and guile to prevent the whole of creation being torn apart.


As you can see from the photo, UNIT: Dominion is a bit of an epic tale spanning four CDs (the fifth CD is behind-the-scenes interview content.)

This was epic, but it kept my attention all through. Plenty of setups and payoffs. In addition to Sylvester McCoy as the (7th) Doctor, the supporting characters were well done.

Elisabeth Klein continues to be one of the best, most interesting supporting characters Big Finish have created. This time around, she's been slightly reinvented. Integrated back into the proper historical timeline, she is now an efficient scientist and the Scientific Advisor of UNIT (the Doctor's old gig.) But, the Doctor has been keeping tabs on her, to ensure her Nazi previous personality doesn't reassert itself. Unfortunately, his plan has backfired and she has become almost paranoid & obsessed with "the Umbrella Man" - the Doctor.


Alex Macqueen was a real treat as the “Other Doctor.” Now that the story has been out for a few years, the spoiler can be mentioned here. The Other Doctor is, in fact, the Master; the Doctor's arch-villain. Big Finish have created their own incarnation of the Master here. Macqueen does a great job, too. Though, he is only revealed as the Master in the last episode, so we only get a taste of the Master in this story. But, it highlights how similar the Doctor and the Master truly are – two sides of the same coin.

I really enjoyed this one. I look forward to listening to both the next Klein trilogy, as well as Alex Macqueen's continuing performance as the Master in the Dark Eyes series.
Posted by Paul R. McNamee at 7:00 AM 1 comment: 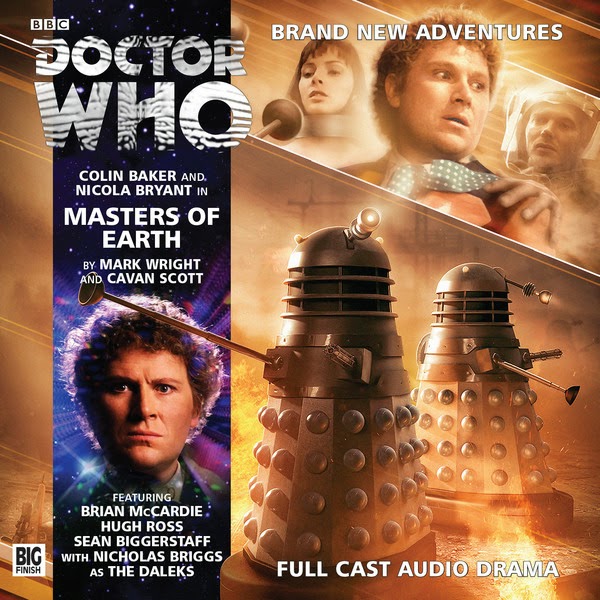 The year is 2163. Ten years since the Daleks invaded the Earth. One year until the Doctor, in his first incarnation, will help bring the occupation to an end. But for now, their reign of terror goes on.

The TARDIS brings the Doctor and Peri to Scotland – enslaved, like everywhere else on the planet.

When the Doctor falls in with an unlikely group of freedom fighters making that dangerous journey to Orkney, he finds himself trapped – but not only by the Daleks, their robotised henchmen and their human collaborators.

Because history shows that for another year, resistance is useless...

Masters of Earth brings the Doctor dangerously close to changing his own past. In Doctor Who, this is referred to as the Web of Time. Yes, the Doctor can mess about history & future, but he must be very careful not to change his own past. If the Daleks capture him, interrogate him, they will be prepared for his first incarnation's involvement in future. Not to mention, they will learn of the Doctor and perhaps Time Lords decades or even centuries before they should.

Of course, the Doctor's own attitude & character and events plunge the Doctor into the middle of the muddle, anyway. Along the way there are prison breaks, Slythers, Vargaplants, Daleks and Robomen. All the classic 1960s Dalek elements are sharply realized through very experienced use of soundscapes plus the listener's imagination.

Colin Baker really shines in these audio-plays. He gets to work his Doctor they way he never could on television, and by-&-large, he has had far better material to work with. Hearing him battle classic Daleks is a treat.
Posted by Paul R. McNamee at 10:00 AM 1 comment: