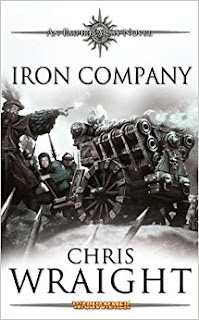 The Iron Company by Chris Wraight

I like to knock off a Warhammer novel now and then. This was a good one, focusing on the engineers. Ironblood, an alcoholic washout, is granted forced into a commission to command an artillery company. The army is going to war with local rebels. The rebels have holed up in a near impregnable fortress. Ironblood convinces an old comrade to join the effort. And a dwarf with his own agenda joins in, as well.

Trials and tribulations await. Bloodshed, too. Cannons, and machines, and madmen who consider engineering no better than sorcery. Lots of elements in the story that Wraight blends well. 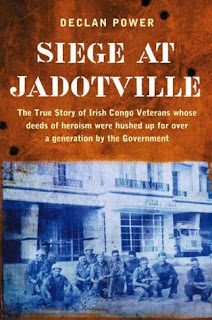 Siege at Jadotville by Declan Power

Jim Cornelius brought this to my attention when this story was adapted to film last year.  In 1961, Katanga in the Congo was a dangerous place. The Irish A Company were sent into the Congo as part of UN peacekeeping forces. They found themselves surrounded in a remote outpost without the necessary tools to affect a win or even a lengthy holdout.

For many years, public perception did not view A Company fairly, feeling they had surrendered too easily and put a black mark on Ireland's army on the world stage. After many years, survivors of A Company and Power's book have set the record straight.

I have yet to see the movie, I don't know how much background is included, but Power's book does a fine job of laying out all the chaos of the region and the UN's flawed bullshit approach to the situation.

A Company were under-equipped, under-informed and it's a wonder they weren't rolled over on day one. The Irish were a largely green force (no pun intended)--even the officers hadn't had much combat experience, if any--and they held out against a much larger force of battle-hardened Belgian and French mercenaries intermingled in the Katangan forces. A Company were hamstrung (to put it lightly) by poor equipment, poor supplies, and poor "planning" from their superiors and the UN. Also, of course, was their charter as peacekeepers while the enemy played by rules they could not.

I definitely recommend this book if you want to understand how the whole siege came to be and played out for the men of A Company.
Posted by Paul R. McNamee at 9:49 PM 1 comment: 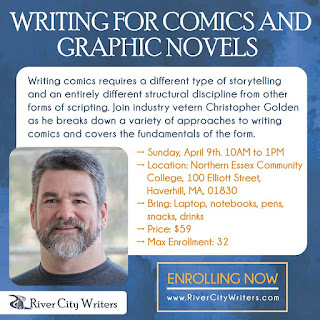 This weekend I attended a seminar on Writing for Comics by Christopher Golden.

I learned a whole lot. I didn't know the nuts & bolts and now I feel like I do. It's surprising to recognize what has been on the page in front of you but you hadn't noticed as a reader.

Chris covered a lot in three hours; less is more, trust & know your artist, scene breakdown, page breakdown, panel breakdown, story arcs, and much more. Augmented with a vignette script and comic from his own BALTIMORE series for tangible examples of everything discussed.

If you're interesting in writing comics this seminar is a surefire way to ramp up quickly.

Highly recommended.
Posted by Paul R. McNamee at 10:58 AM 1 comment: