So, just in case - have a great holiday season.

I can't promise I'll post more frequently or anything. But you never know. 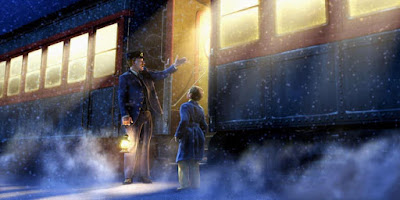 recent read; The Writing Life: Reflections, Recollections, and a Lot of Cursing 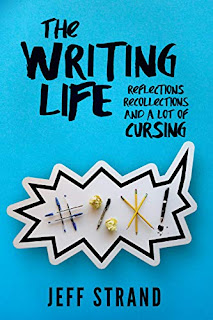 The Writing Life: Reflections, Recollections, and a Lot of Cursing by Jeff Strand

Jeff Strand's journey through his life as a writer is full of anecdotes. New writers would be well served to read this book and watch for the pitfalls, and learn when to recognize your successes (they don't always show up in bright lights.)

You need not be a horror reader or writer to like this book. It is enjoyable throughout.

First off, they are committing to a full collectible hardcover reprint line of *all* of ERB's original books, all with new commissioned cover art by Joe Jusko. I believe the total will be *84* books by the time they are done.

They've started with the TARZAN series.

That takes care of the past, but what about the future?

Author Christopher Paul Carey joined the ERB Inc team, and is the creative director of the project. After some years of sporadic pastiche releases, ERB Inc now has a definitive vision of bringing the ERB canon into the 21st century. (Books which might be non-canon, are lumped under the WILD ADVENTURES OF EDGAR RICE BURROUGHS banner.)

Which brings us to the recent reads. CARSON OF VENUS: THE EDGE OF ALL WORLDS by Matt Betts and TARZAN: BATTLE FOR PELLUCIDAR by Win Scott Eckert are the first two novels in the "Swords of Eternity" super-arc. 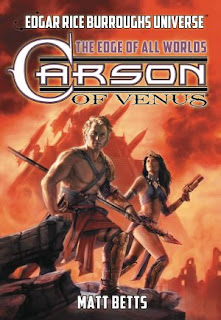 I will confess upfront that I've only read the first original Carson novel, and the character didn't stick with me as much as Tarzan or John Carter. All the same, Betts delivers a good story that touches on of the Venus (Amtor) trappings. Betts wisely sets a up a central mystery that pulls the reader along with the headlong sword-&-planet action.

Win Scott Eckert's TARZAN: BATTLE FOR PELLUCIDAR is everything you could want. A new tale with an old friend. New characters. Dinosaurs, hollow Earth, monsters, and mysteries. Perhaps it was the various character reunions, but this story felt like an even stronger launch into the framework of the new ERB Universe. The best way I can describe it is that the tale is true to the ERB characters but with a new tone. That makes sense--only ERB wrote like ERB. I felt like this was akin to reading, say, a John Gardner James Bond novel after reading the original Ian Fleming novels. (that is *not* a negative criticism. I've enjoyed the few Gardner 007 stories I've read.)

I am looking forward to more ERB Universe stories. 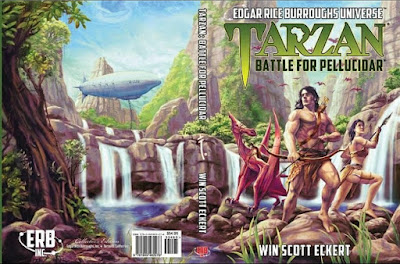