More read reviews. I think these are more for me personally to recall what I read, and what the books were about. But, if you enjoy these quick blurbs, too, that’s fine. 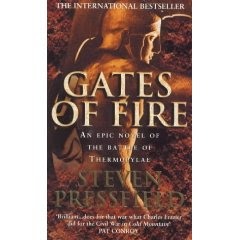 Gates of Fire by Steven Pressfield
I listened to the audio-book. This novel came with a lot of hype and lived up to it. The story is a fictional account of the battle of Thermopylae. The plot comes with plenty of backstory, including Spartan military training which probably has more to do with modern USMC training. Still, soldiers have always been soldiers and if Sparta was a militaristic society, surely some things have never changed since armies were conceived in ancient times.
This book is now part of the West Point reading curriculum, and it’s no surprise.
A bloody (literally) good read. 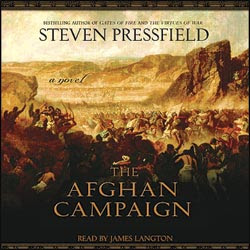 The Afghan Campaign by Steven Pressfield.
Again, I went with the audio-book.
This novel is an unrelenting and unflinching look at combating guerrilla war and insurgency. Set in the time of Alexander's invasion of Afghanistan, clearly it pulls modern examples from Vietnam, the current situation in Afghanistan and (perhaps?) the Soviet occupation, too.
Unlike Gates of Fire, I strongly suspect the military brass aren’t rushing to hand this one out to the impressionable young troops.
Harsh by necessity, this is another good read.
One note; this story is narrated in present tense. Usually I don’t like that, but I was able to ignore it. Maybe the fact that the story was read aloud made that more palatable. 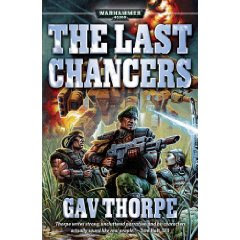 The Last Chancers (Warhammer 40K) by Gav Thorpe
A Warhammer 40K omnibus, featuring a trilogy of novels and two short stories. Ironically, this one is also written in present tense. Not sure why and I was able to ignore it once things got rolling. At its essence, this was a varied, futuristic take on The Dirty Dozen. It’s fun with a lot of action, but sometimes a little too amoral in its killings.
I generally enjoyed it but not sure I liked the final conclusion (nor did other readers, from some short reviews I’ve read.) 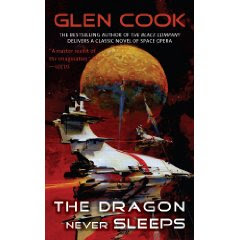 The Dragon Never Sleeps by Glen Cook
Despite its title, this novel from Cook is scifi, not fantasy. But, that doesn't stop Cook from setting up a wild story universe and chucking you into the deep end. I think Cook throws off new readers sometimes with that style, but I love it.

The story concerns an attempt by a political house to overthrow the ancient Guardships that patrol and have kept order for millennium. Full of violence, intrigue, sex, aliens, artificial beings, clones, etc. Kez Maefele, an alien Ku - something like a turtle warrior (maybe even a mutant ninja turtle, but delivered with dead seriousness) - is one of those unforgettable Cook characters.
I really enjoyed this one, even if it was sometimes hard to follow.