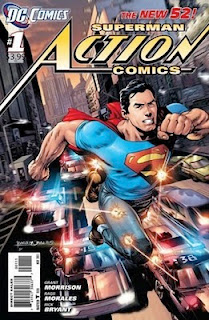 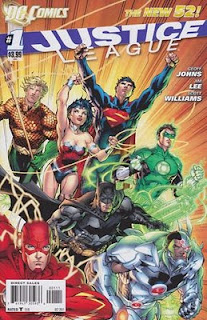 I gave in.  I bought these two issues from DC Comics.  I had sworn off individual issues a while back, but I just got too curious about the new Superman revamp.

I would have bought the e-comics.  And maybe, with my tired, getting-older eyes, being able to see frames on the big screen probably wouldn't hurt.  But the price is the same as print right now (where's the incentive, DC?)  I have extra cardboard and bags from when I was still collecting issues.

I haven't bothered following the news and myriad comments whether this regeneration of most of the DC line has been good or bad for their business.  I am sure there are fans.  I am sure some were alienated.  I might as well decide for myself if I like this new paradigm or not.

I liked the issues.  Justice League #1 had a good, action oriented setup featuring the first meeting of the Green Lantern and Batman.  (Green Lantern gets the funniest line, too.)

Action Comics #1 was interesting.  Superman's backstory has changed.  He's still a Kryptonian orphan, but this time, his adoptive parents are not alive when he starts his reporting life in Metropolis.  Lois Lane is a rival reporter from a different newspaper.  Superman is an unknown, untrusted by authorities.  He is waging a crusade for those who can't defend themselves.  No government/Reagan patsy Frank Miller created in The Dark Knight Returns here.  He is, in some ways, as much vigilante as Batman.

His powers are growing.  He can leap buildings (not fly) but seems to be able to get further and he is stronger already.

Lex Luthor is a real unknown at this point.  He compares Superman to potentially dangerous invasive species that have historically wiped out ecosystems.  He is introduced as a military consultant.  Whether he will be "business man with hidden criminal activities" or "mad scientist obsessed with Superman", or something in between, isn't clear.

Yup, t-shirt, jeans and work boots do seem silly, but this will evolve.  Action Comics will follow this new Superman as he changes from the adult Superboy into Superman. Superman will start from that point (there are 5 years in between.)  At that point, he will have an updated costume sans "red undies", with a high collar, and plating that suggests armor (ceremonial Kryptonian armor, according to JL #1, which is, I would guess, tougher than anything on Earth.)

Here's a glimpse.  I don't know if this is actually from an upcoming story, or if it is a standalone tribute to the old Fleischer animated cartoon, "The Mechanical Monsters." 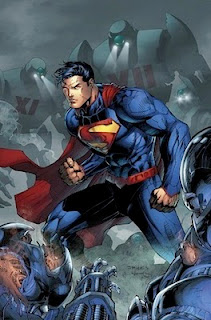 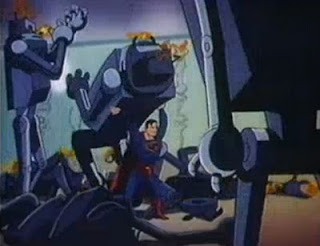 I think, for a start, I will be following Action Comics, Superman, Justice League and Green Lantern Corps.

Most people would probably scratch their heads at the idea of following Superman, not Batman.  I understand.  But Batman's backstory isn't changing.  I'm interested in this new Superman and his revamped backstory. (Batman is also featured under four or five different titles!  I need to limit my comic buying to some degree.)  I'll probably catch up with Batman later via graphic novels.


Green Lantern seems a bit jumbled, to me.  Justice League is featuring Hal Jordan, the Corps will include John Stewart and Guy Gardner, but the main Green Lantern title, for now, starts with Sinestro, back as a Green Lantern.

So, I'll go with the Corps for now, hoping for some fun space opera there.

I'll probably switch to graphic novels and/or e-comic bundles down the line, but for now, I'm liking the idea of comic issues again.  And I'm excited to see where this all goes, and how it goes.
Posted by Paul R. McNamee at 7:00 PM