Long time since I posted about beer.

Narragansett Beer - they of the infamous JAWS can crushing scene - are undergoing a renaissance. In addition to their regional staple of fisherman/working-class brew, they have been doing some interesting craft brews. (which are actually brewed in Rochester, NY, but whatever.)

Being a fixture of Rhode Island, they finally got around to H. P. Lovecraft.  This honey ale is their first offering to the Old Ones. 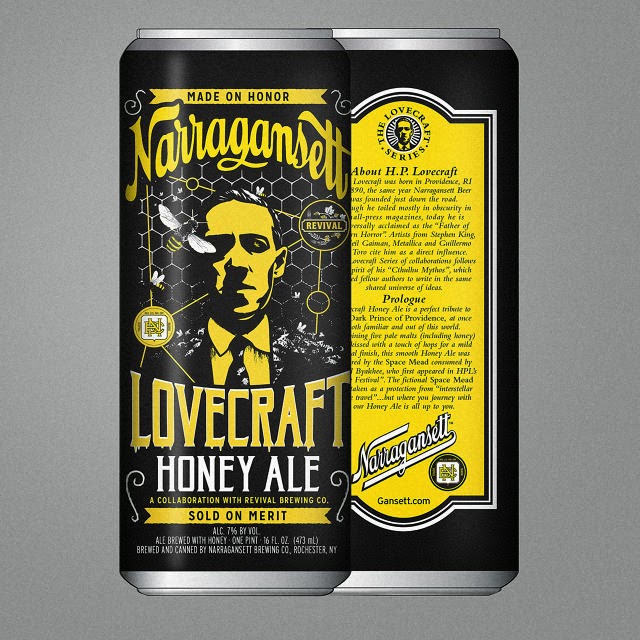 I bought a six-pack last week. It's okay. There is a touch of extra hops and a higher alcohol content so it's a bit on the bitter side. And that makes for an odd mix with the slight sweetness from the honey malt. It might be an ale better consumed with a meal than to drink stand-alone.

Later in the year (May, I think) they will rollout out an offering to the Deep Ones, an Innsmouth Ale, which will be some kind of dark variety (Porter? Stout? They haven't said yet.)

p.s. - speaking of dark, their Autocrat Coffee Milk Stout was fantastic. But, it was also seasonal. I think it's all done for this year. 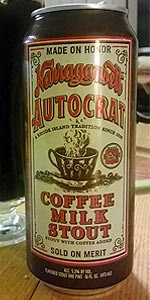