Lately, I've taken to reading short stories for a week between novel reads. I have many collections and anthologies in the bookcases and on my Kindle.

The other night, I turned to The Mammoth Book of Sword and Honor. 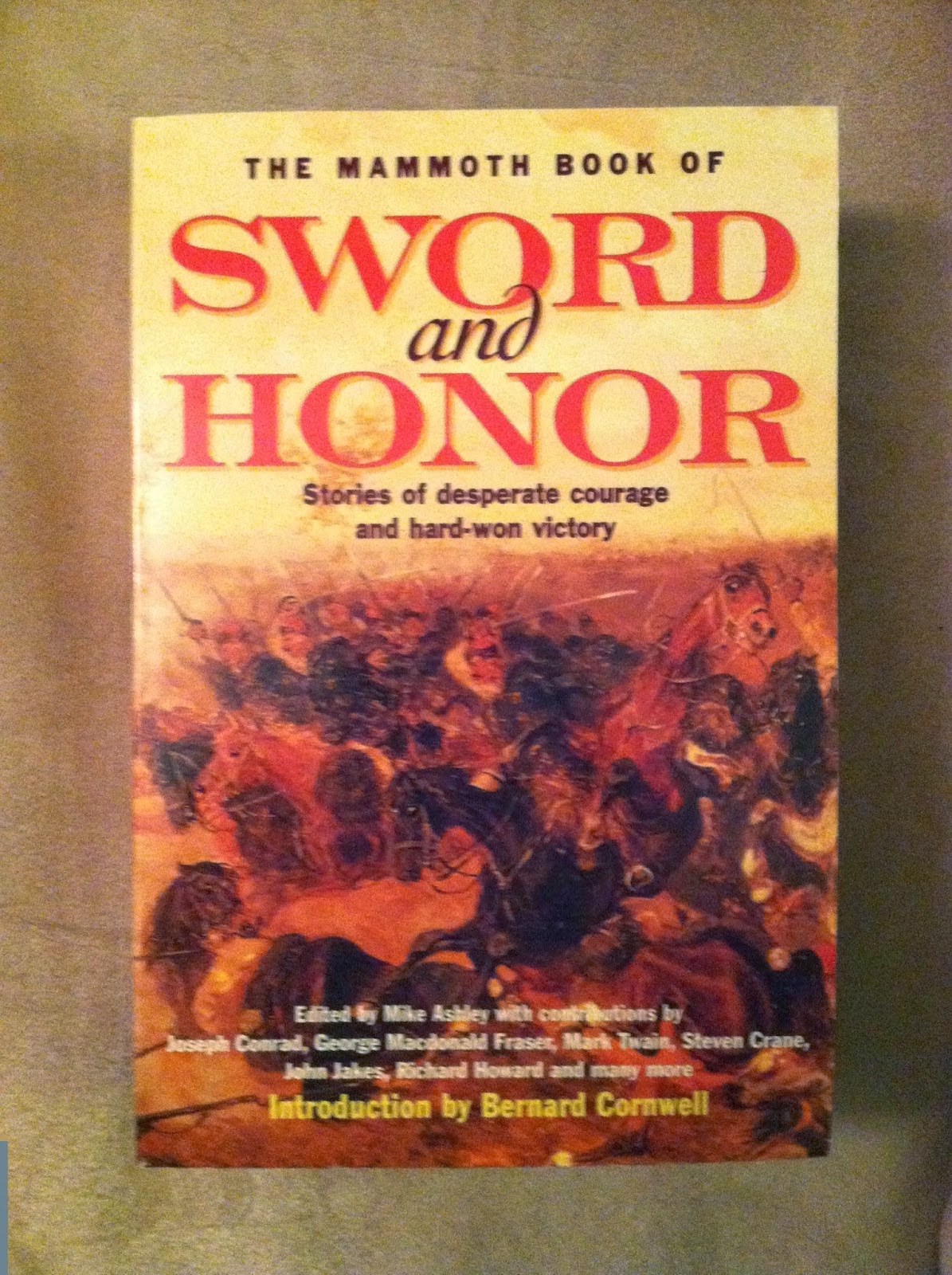 Some background; I work in software. Yes, my company outsources. We have a team in Kiev, Ukraine. As you might imagine, the current turmoil in the Crimea is very real to us. Although the nastiness in Kiev itself calmed down, and the Crimean fighting isn't directly affecting the Kiev office, it's still a jumpy situation. (One of our guys is from the Crimea, though I don't know where his politics lie and I certainly am not going to ask.)

One saying my father drummed into my head and which I still abide, "Those who don't learn from history are doomed to repeat it."

So, I went with one of the Crimean War stories in the book, "Damned Ranker" by Paul Finch.

I really enjoyed it. It pulled me in, kept me reading longer than I meant to. It's hard-hitting, and gory with a good twist.

As for history repeating - between the story and now; I'd say no. But I did find it interesting how the Russians were described undisciplined rabble - racing forward, no concern for lines or formations, cavalry and infantry intermixed, smooth bore muskets and improvised weapons. I was strongly reminded of the opening of the movie, Enemy at the Gates, where the Soviet officers pushed the men into the carnage as so much cannon fodder. Advances in weaponry and tactics didn't seem to change that attitude much between Imperial Russia and the Soviet Union.

If you enjoy Bernard Cornwell's Sharpe, you'd most likely enjoy this one.
Posted by Paul R. McNamee at 11:00 AM