recent read; The Color Out of Time

Michael Shea, creator of Nifft the Lean, among other great writings, sadly passed away in March (2014.) Shea's books were already hard enough to come by, and predictably the prices at eBay nudged up after his death. Fortunately for those seeking out Shea's Lovecraft pastiche, The Color Out of Time, it was made available as an ebook earlier this year, shortly before his death. 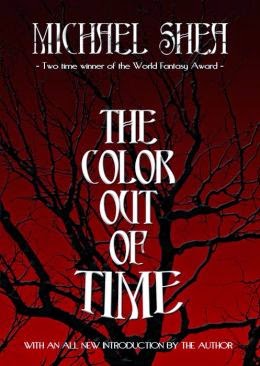 The novel is a direct sequel to the H. P. Lovecraft story, "The Colour Out of Space."

At an idyllic New England lake in summertime, two older college professors, Gerald and Ernst, notice a strange, disturbingly colored halo about the lake one dusk. Later they find twisted, stunted trees and giant insects in an isolated tract of the woods. They also feel depression and dread for no seeming reason. Eventually the horror grows as the strange color exhibits and manifests a malevolent nature - poisoning spirit and body alike.

Things only grow worse, as afflicted and endangered vacationers ignore the warnings - perhaps due to the psychic influence of the entity.  The protagonists come to refer to the alien entity as simply, the Enemy. Murders by physical manifestation of the Enemy, along with madness-inflicted deaths, spread. Eventually our heroes take it upon themselves to solve the mystery and destroy the evil. Along the way they meet an older woman, too, who knows the truth of the Enemy - having seen it kill a family when she was a child - before the area was flooded to make the lake. Before H. P. Lovecraft heard the story and rewrote the details into 'fiction'...

Yes, there is a direct, open link to Lovecraft in the narrative. So, I'll stop there to avoid any further spoilers. As for Lovecraft's inclusion in the narrative, albeit as a person dead and in the past, I'm still not sure it works favorably or not. It did put me out of the tale a little, but as the post-climax tension and stakes rose rapidly, I let the story take me along.

Simply put, this was an enjoyable pastiche. Shea was able to imitate and modernize and put his own unique twists on the Lovecraft tropes. While not delving into purple prose, there is an intentional erudite hand in his word choice, which reminds of Lovecraft without falling into parroted imitation. Instead of an unlikely fainting blueblood protagonist, we get unexpected heroes in a trio of savvy, vigorous, whisky-drinking seniors. Instead of pontifications on race and heritage, we get interesting examination of tribal and mob behavior, and how something from Outside can exploit it.

Shea also includes some absolutely horrific moments along the way - shocking the reader out of the cosmic horror, back into grounded terror.

Having the novel on Kindle is convenient, and it was bittersweet to read the fresh introduction from Shea. But I will keep an eye out for a paperback copy. Especially because of this Ken Kelly cover! 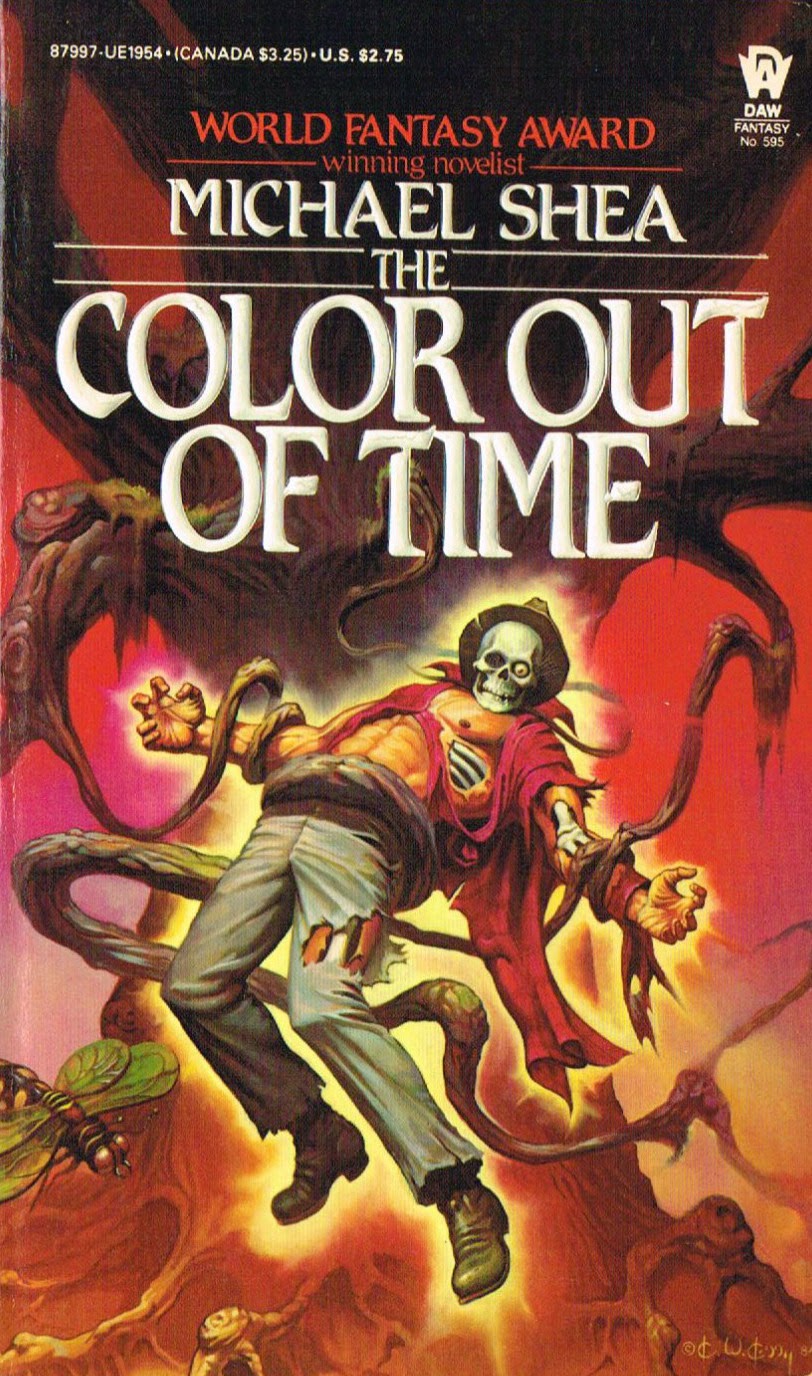