On the way to NECON last month, I had an hour & a half ride each way, so I loaded up some Doctor Who audio dramas for the ride. 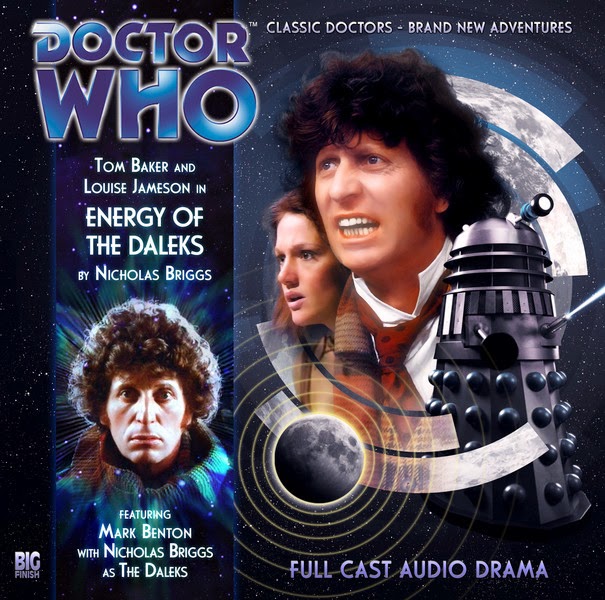 Energy of the Daleks

Though released later in the series, this story was Tom Baker's first audio return to Doctor Who. It is also the first time his companion, Leela, gets to tangle with Daleks.

Speaking of Daleks, this is a welcome return to conniving Daleks with attitude and a plan for world destruction. During Tom Baker's era, Davros, the creator of the Daleks, was invented by Terry Nation. In the two Dalek appearances for Tom Baker run, the focus was more on Davros. The Daleks were reduced to (sometimes none-too-bright) foot soldiers.

This is a very convincing Dalek tale that fits right into the 4th Doctor era. You can almost see the t.v. episode in your head. (My head, anyway.) The Daleks are "old school" and there is a nice return of Robomen (first used and only seen in The Dalek Invasion of Earth.) The Daleks are behind a new "free energy" beaming scheme that will rescue the near-future Earth from its energy crisis. The Doctor intends to find out why.

It is one of those stories that you don't want to think too hard about. If the Daleks can send a scout ship with six Daleks onboard back in time to alter history, why not just send a whole fleet? Such things are easily explained away by "timey wimey wibbly wobbly," so a line or two of dialog to explain away the question would have been nice, but, whatever.

Tom Baker was the first Doctor I ever watched. I don't subscribe to the "your first Doctor is your favorite Doctor" paradigm - especially with all the Doctors to choose from now. But, I had forgotten just how enjoyable he can be as the Doctor.

This was a lot of fun.

This is nearly pitch perfect for a 4th Doctor era story. I will absolutely be visiting more Tom Baker audios from Big Finish. 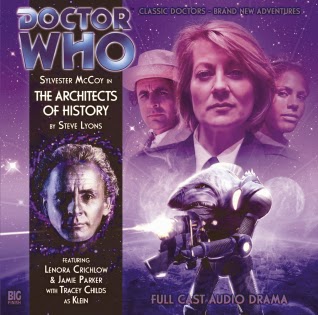 The Architects of History

This story closes out a trilogy featuring the villain, Elisabeth Klein. Klein is a Nazi from an alternate timeline where the Doctor's negligence helped the Nazis to win World War 2. During their previous adventures, the Doctor obliterated her timeline and tried to enlighten her. But Klein was patient, and gained enough knowledge to abscond with his TARDIS, and establish a future Reich that spread across the galaxy. Now the Doctor has arrived to put things right - which doesn't seem very possible from his prison cell.

Klein is a wonderful, thought out villain (villainess.) I wish she could have been on the t.v. show, proper. (Let's face it, The Rani never came up to potential on t.v.)  She has motivations, she goes toe-to-toe with the Doctor and nearly pulls off her grand schemes.

I really enjoyed this one. There is a second Klein trilogy - as well as a series that focuses on her non-fascist counterpart in the correct timeline. I look forward to listening to all of them.
Posted by Paul R. McNamee at 10:31 PM